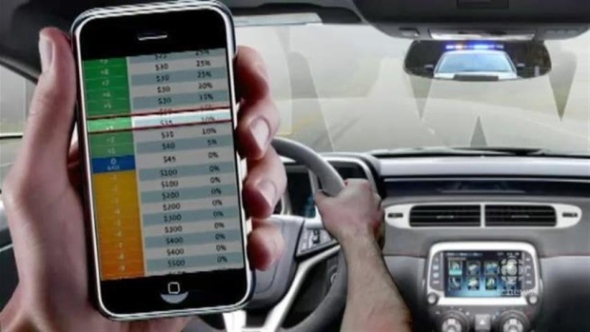 A core principle of process excellence is that in order to improve something we need to (a) design a relevant, practicable metric, (b) establish a baseline of performance and then (c) engage in root cause problem solving to beneficially move the needle on that metric.

A recent news story on the CBC caught my eye. It is about a new app developed by distracted driving researchers that enables pedestrians to log occurrences of drivers driving while engaged in activities that distract from the task of driving. The doctor involved in the work is aiming to establish a fact-based baseline so as to move beyond anecdotes and to support better public policy decisions. Dr. Green was interviewed on CBC Radio and he made it clear that this effort differed from others that seek to engage in public shaming or to report to police (not surprisingly this is also happening).

Distracted driving researchers have developed a new app that allows anyone to stand on the side of the road and log all those they see who are texting, eating or yapping on their phones while behind the wheel.

It’s unclear at the moment how common the problem of distracted driving is, and the new study underway in Canada aims to figure out how many drivers aren’t paying attention, where they are, and at what time of day.

Every year, about 2,000 Canadians are killed on the roads and another 9,000 or 10,000 seriously injured, according to Transport Canada, although it’s not clear how many cases involve distracted driving.

“We see, clinically, that distracted driving is becoming much more of a problem than it was five years ago or even one year ago,” he said. “The research that has been published is incomplete and we feel that there is more accurate research required.”

Green and Dr. David Bracco, a Montreal-based trauma anesthetist, have helped develop an app allowing anyone to participate in tracking distracted drivers. Bracco said he hopes to get more observers on board.

“You don’t need to be a trauma surgeon or a trauma anesthetist to participate in the study, anyone can help,” said Bracco, adding people would be “very surprised” to see how many people drive while distracted.

Here’s how the app works: the user observes every single vehicle that goes by and plugs it into the app, regardless of whether the driver is distracted.

The software logs the precise location, date and time; along with observations on whether the driver is male or female, and if they were talking, texting or eating, for example. So far, 20,000 observations have been compiled.

Const. Will Diaczenko with Halifax Regional Police admits it’s hard to know how many people on the roads are distracted.

“We know it’s a major contributing factor to crashes however to actually prove that it is, without seeing it, is another story,” he said.

Diaczenko said since it became illegal to use cellphones behind the wheel, police are catching more people texting than talking.

“Since that law actually came out, it seems that a lot of people have gone from talking on their phone to texting. A lot more dangerous practice,” he said.

Green said the danger of distracted driving is comparable to being impaired by alcohol.

“Distracted driving, in the literature, impairs people the same amount as alcohol. And it’s really the next wave of what we can do to intervene in trauma,” he said.

Green hopes the results could eventually help policy-makers intervene to curb the trend.

You can find more info on the app at Trauma Nova Scotia. I suppose the next step, given the discussion on distracted walking, is to figure out how to baseline the level of that activity. The unintended irony of this is that to report on distracted driving, pedestrians may need to engage in distracted walking. 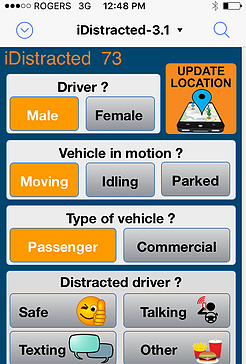