← Near-Sighted
How Do You Know You’re Old? You Still Use Email →

The development lead time for a new IKEA kitchen is about 5 years; car companies might spend 3 years on a new car model. Part of the length of the IKEA kitchen lead time is explained by design complexity. The upcoming Metod kitchen system consists of over 1,100 components all of which require a great deal of thought as to form, function, manufacturability, shipping and storage, durability, safety, ease of assembly and many other considerations. Also, given that renovation of a kitchen is perhaps the most important upgrade one can make to a home (alongside the bathroom) anyone designing a kitchen must thoroughly research and understand not only today’s trends but, given the lifespan of a kitchen reno, where the zeitgeist in kitchens is heading over the next 5 to 10 years (no sense designing a kitchen that works for today’s taste when the new model doesn’t emerge for a few years from now). Thus the basic design needs to be both current yet avoid flourishes that quickly look dated, even silly.

According to the Wall Street Journal, a simple bamboo organizer took many iterations to get it just right. Apparently early versions had a slight smell of wood that did not test well with potential customers. But all of this effort is worth it given that IKEA sells about one million kitchens each year.  Given how many households around the world are moving up the economic ladder, especially in places like China, the future demand for well-made, reasonably affordable kitchens looks robust, especially since the kitchen is now longer a place to cook, but is perhaps the most prestigious room in the house, more prestigious than the previous king-of-the-house, the media room and its now passe big screen T.V.

For other IKEA stories see:  “If you’re still just making stuff, you’re in for a rough ride;” “IKEA in Winnipeg: We’re Moving on Up!”; “Buy a Lean House at IKEA“; “IKEA to Sell Solar Panels.” 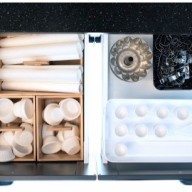 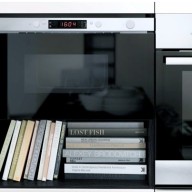