← Struggling to Innovate? Try Some Youth Serum
Weapons and Innovation →

Sid Lee (http://www.sidlee.com/#) is an interesting strategy consultancy, based in Montreal, that on the surface looks like an advertising agency. What is amazing is that this firm was started 20 years ago by guys who had no money, clients, or experience in advertising. Now they have over 600 employees (and growing by at least three new employees each week and revenues that increased 60% last year) working on not only the things you would expect an ad agency to work on — developing campaigns for Adidas worldwide — but also venturing into areas that on the surface would seem to have little to do with brand-building but upon reflection are perhaps the very essence not only of branding but of company strategy.

In the same way Apple’s approaches all aspects of its ecosystem — iTunes, the design of iPhones, the packaging of the products, the images on billboards, the design of its stores — so too is Sid Lee working in an interdisciplinary way. For example, they are designing the new headquarters for Austrian energy drink maker Red Bull GmbH and they worked with Cirque du Soleil on their Michael Jackson show. What most caught my eye was, in a recent piece in the National Post by Nicolas Van Praet, was the fact that this firm is working on three very tough strategy assignments: Dell, Rona, and Canadian Tire’s takeover of the Forzani Group. Writes Praet:

The Dell challenge is enormous. The personal computer maker is trying to make a comeback in part by containing costs and improving the supply chain to boost earnings. But its sales are being squeezed by competition from Apple Inc. at the high-end of the market and Lenovo Group Inc. and Acer Inc. at the low-end, according to analysts at Sterne Agee & Leach.

Sid Lee’s task is to stoke interest in the company’s consumer products. Nine months into the job, the difficulty is obvious. Sales in the consumer unit fell 2% in its most recent quarter, suggesting Apple is stealing sales with its iPads and Macs.

Rona, the Canadian hardware chain, is looking to get closer to consumers and improve sales per square foot following a $78.4-million loss in 2011. With home owners remaining cautious toward major renovations, it is closing some big box stores and shrinking others. And it is refocusing its marketing strategy with Sid Lee as lead creative agency.

“Historically, we’ve been very, very reliant on traditional media such as television, radio and flyers,” said Karim Salabi, Rona’s vice-president of marketing in charge of image and sponsorship. But with new data showing that eight out of 10 Canadians are doing home-improvement research on the Internet before hitting the shops, that has to change, he said.

Like Saul Bass (see also Saul Bass: Capturing Strategy through Design) Sid Lee’s approach is to focus on the fundamental strategic issues and then to work from all angles to tease out innovative insights and solutions.

Canadian Tire management started thinking about where it wanted to take the Sport Check and Sports Experts brands, representing the bulk of Forzani’s revenue and profit, even before it closed the acquisition. The deal done, they inter-viewed a number of ad agencies to work on Forzani. Sid Lee stood out.

“Other agencies immediately jumped into the brand and started talking about campaigns in the first half an hour,” said Forzani chief marketing officer Duncan Fulton. “[Sid] started talking about strategic objectives. [They asked us] ‘What are your business objectives? What are your growth objectives?’ They actually acted like strategic business partners as opposed to very narrow purveyors of advertising.” Sid Lee’s architecture unit is now designing Forzani’s new retail store look. Other teams are working on branding and ads.

Perhaps most tellingly, Cirque du Soleil, which is no slouch when it comes to marrying artistry with commerce, has bought a significant minority equity stake in Sid Lee. 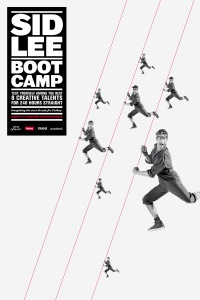