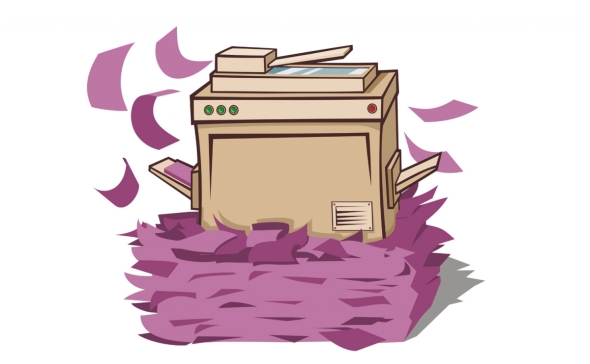 In a recent New York Times Op-Ed piece, Allan Ripp, the Principal at Ripp Media/Public Relations, a NY-based boutique firm that focused on professional services sectors, wrote a funny and all-too-true article on the dismal quality of job applications.

Interestingly, this was a position posted on LinkedIn, as well as Indeed and some other online career sites.

What do a fragrance designer, New York City cop, bed-and-breakfast manager and youth hockey coach have in common?

Each of them recently applied for an account director position at my public relations firm, along with 500 others whose experience and skill sets ranged from vaguely on-point to off-the-charts irrelevant. Auto collections manager? Home health aide? Visual merchandiser? Count them all in.

It’s not that my postings on Indeed, LinkedIn and other career sites weren’t explicit in outlining desired qualifications. I added instructions urging candidates to contact us only if they had backgrounds in journalism, P.R. or law. There was nothing to suggest I was looking for a fiscal benefits analyst, emergency medical technician or brand ambassador, but they showed up anyway.

What resonated with me was the lack of care and attention of many if not most of the applications he received, as well as the heavy use of filler phrases stuffed full of jargon-laden B.S. words such as “intuitive touchpoints” and “strategic investment.” Ripp observes:

In part, the disconnect stems from a revved-up labor market that encourages job hopping and inflated credentials. It also reflects the vast online jobs marketplace, where restless applicants shoot off their résumés like one of those T-shirt cannons at a football stadium, firing without aiming. Not a single candidate bothered to look us up and refer to what we do in the cover note. Instead, they all invoked grand boilerplate statements meant to impress the hiring gods.

It was both amusing and illuminating that in his piece, one of the better applications came from a waitress who Ripp commends for her Strunk and White clarity (side note: if you don’t have a copy of The Elements of Style by William Strunk Jr., E. B. White then might I suggest that you buy one straight-away):

Although I listed my phone numbers in my ads, I got a total of two calls from applicants. Everyone else preferred the automatic approach, and it showed in their one-size-fits-all letters and résumés. I imagined them swiping on Tinder with the same abandon as they responded to my posting. They probably also stay glued to their GPS when driving down dead-end alleys.

Perhaps that’s why so many showcased accomplishments that sounded machine-made, as in “liaise with field managers to create metric reports in line with KPIs.” There were also digital marketers lauding their ability to “increase channel awareness and implement impactful distribution modes to engage target audiences.” I was more drawn to the waitress who described her duties with the clarity of E. B. White: “Explain dishes on menu to patrons and make recommendations; take orders and relay them to kitchen; calculate meal costs and add taxes to final bill.” She was elevated to the “maybe” pile.

I suppose one theory is that over time the inexorable tide of demographic change will eventually replace people who’ve read and used The Elements of Style with those who consider proficiency with Tweets and hash tags as evidence of literacy and who believe that there isn’t any objective truth to resumes because everything is about perceptions of your “personal brand.”

Perhaps at that point companies will, with great relief, fill roles with Artificial Intelligence rather than Genuine Ignorance.