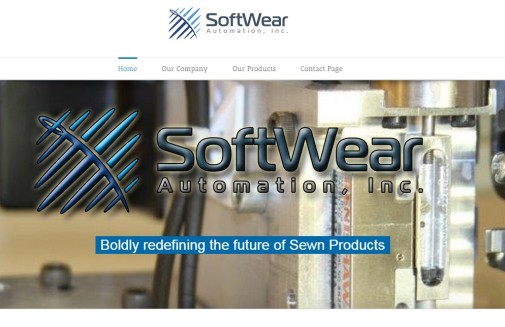 SoftWare Automation (http://softwearautomation.com/), based on the campus of The Georgia Institute of Technology in Atlanta, Georgia, has developed a robot capable of sewing garments. Anyone who has tried even the most basic sewing procedure understands how finicky it can be to work with cloth; we would normally consider making even a simple straight-line stitch something beyond the capability of an automated system. Yet we are, apparently, very close to having an affordable robotic capability. This could have big implications for not only high wage producers (allowing them to bring more production closer to their home markets thus reducing shipping costs and reducing lead times) but could also have an impact in lower wage areas.

The Economist in their description of the company and its innovation wrote:

The company is developing machines which tackle the problems of automated sewing in a number of ways. They use cameras linked to a computer to track the stitching. Researchers have tried using machine vision before, for instance by having cameras detect the edge of a piece of fabric to work out where to stitch.

The Atlanta team, however, have greatly increased accuracy by using high-speed photography to capture up to 1,000 frames per second. These images are then manipulated by software to produce a higher level of contrast. This more vivid image allows the computer to pick out individual threads in the fabric. Instead of measuring the fabric the robotic sewing machine counts the number of threads to determine the stitching position. As a consequence, any distortion to the fabric made by each punch of the needle can be measured extremely accurately. These measurements also allow the “feed dog”, which gently pulls fabric through the machine, to make constant tiny adjustments to keep things smooth and even.

Dr Dickerson patented the idea in 2012 and won a $1.3m research contract from DARPA, a US Department of Defence research-and-development agency. The military interest in sewing arises from a 1941 requirement that the department gives preference to American suppliers when buying uniforms. Bill Lockhart, a SoftWear Automation executive, says last year the project began successfully stitching together pieces of fabric robotically and that one machine being developed is now able to stitch a perfect circle—something that only a highly skilled human operator would dare to attempt.

But neat stitching is only part of the sewing process. Most garments are assembled from various different pieces of fabric: 20 or more sections typically for a pair of jeans. This means a robotic sewing machine also needs to be able to pick up material, feed the appropriate sections to the sewing head and remove them when complete. To do that, the company has developed a materials-handling system which it calls LOWRY. This uses a vacuum grip to pick up pieces of fabric and move them to another machine, which might cut, stitch, add buttons or carry out other finishing tasks. LOWRY is programmable, so can switch easily from working with one size of material to another.

Jack Plunkett, of Plunkett Research, a market-research company, says pressure on Asian clothing manufacturers to keep wages low while improving working conditions is leading many to look at automation, too. On that point, SoftWear Automation’s Mr Lockhart says a Bangladeshi company has already expressed interest in the firm’s technology.

These capabilities open the door to greatly leaning-out long supply chains in the apparel industry but also to potentially reduce employment.