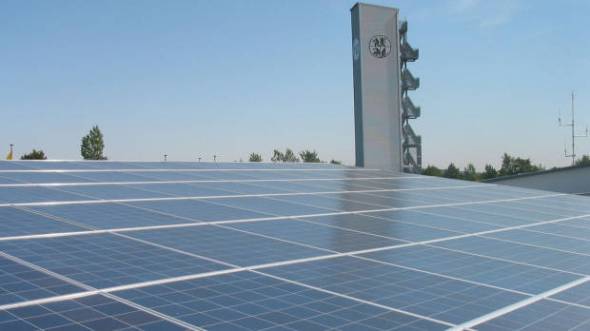 The business of alternative energy is interesting to follow but nerve-wracking as an investor. This story is good news/bad news. The good news is that it appears that in some respects the production of solar panels is becoming a cheaper endeavor, making it more likely that alternative energy production might spread. The bad news is that firms that are not well-positioned to compete against lowest-cost producers will find the road ahead a rough one. Perhaps solar firms should perform an industry cost curve analysis (see: Do You know How to Use this Classic Tool? Industry Cost Curve).

Earlier this week Richard Blackwell in the Globe and Mail reported on the struggles of the Canadian solar power company Day4 Energy Inc. of Burnaby B.C. According to the Globe:

Day4 Energy Inc. of Burnaby, B.C., said Monday it will sell itself to senior managers in exchange for the assumption of debt, and it will apply to delist its stock from the Toronto Stock Exchange.

The move follows the bankruptcy this spring of Arise Technologies Corp., a Cambridge, Ont., public company that built a state-of-the-art solar panel plant in Germany but ran into trouble raising financing.

Solar cell and panel makers around the world have been struggling because of sharply falling prices caused by a glut of panels on the market.

There has been a spate of bankruptcies and insolvencies worldwide, and even some of the biggest companies, such as Germany’s Q-Cells and Arizona-based First Solar Inc. have restructured, closed plants or laid off workers.

Day4 president and chief executive officer George Rubin said in an interview Monday that the solar market has been hit by a “multitude” of problems, including overcapacity, competition from low-cost Chinese panel makers, and a decline in government subsidies in many countries, particularly in Europe.

Mr. Rubin said Day4 needs to reduce “a whole ton of costs,” and turning it into a private company will eliminate the considerable expenses of a public listing. Eventually, the industry will turn around and the lower panel prices will boost demand sharply, but that point is likely at least a year away, and perhaps much longer, he said.

In the meantime, getting Day4 back on track “is not going to be a slam dunk by any stretch of the imagination,” he said. The company’s revenue fell 60 per cent in 2011 to $66-million, and its loss quadrupled to $41-million.

Khurram Malik, an analyst at Jacob Securities Inc. in Toronto, said Day4 had “fabulous technology” for making solar cells, but that just doesn’t cut it when solar panels are becoming a commodity business. Both Day4 and Arise made advanced panels at high price points, but those kinds of firms are the ones hurting the most at the moment, Mr. Malik said. “The low-end guys are the only ones getting any traction at all. It is hard to compete in that space and try to sell a premium product.”