← Think Better
Operations Is Not a Four-Letter Word →

The News Story We Ought to Be Talking About: Juno 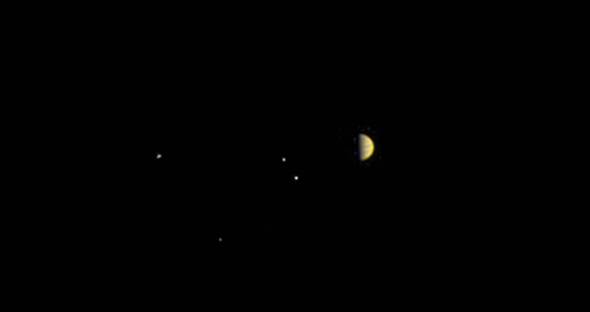 Juno spacecraft obtained this color view on June 21, 2016, at a distance of 6.8 million miles (10.9 million kilometers) from Jupiter. Photo from NASA.

At approximately 11:53 PM Eastern time this Monday, July 4th 2016, the NASA space ship Juno will attempt to enter into orbit around the gas-giant planet Jupiter after a trip of 5 years and 1.8 billion miles. 3 beeps received at this time indicates that the spacecraft completed its 35-minute engine burn to slow down enough for capture by Jupiter’s gravity.

If successful Juno will make a series of 37 highly elliptical orbits passing over Jupiter’s north and south poles over the next 20 months. At its farthest, it will be about two million miles from Jupiter. For each orbit, it will accelerate inward, reaching 128,000 miles per hour, and pass within 3,100 miles of Jupiter’s cloud tops. The slight fluctuations in Jupiter’s gravitational pull, measured by shifts in the frequency of Juno’s radio signals, will tell the density of the planet’s interior and whether there is a rocky core within, where pressures might reach half a billion pounds per square inch.

One of the challenges is keeping Juno’s circuits from getting fried by the intense radiation of Jupiter’s fields. Its electronics are encased in a 400 pound titanium cube vault measuring 3 feet on each side.

Sometimes the earthly static of radioactive political events drowns out some amazing and important events for humankind. 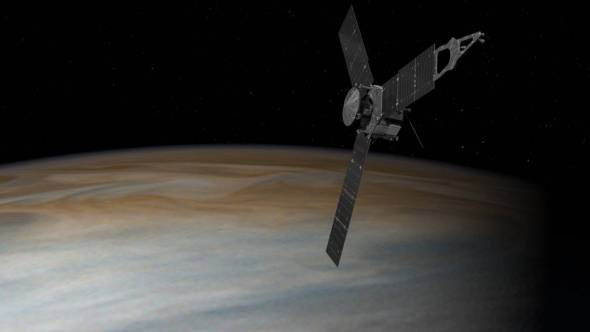