← Understanding Taylor: Going Back to the Principles of Scientific Management
Robotic 3D Printing →

Made to Last vs. Best Before: Long-lasting Objects vs. Planned Obsolescence

Two different perspectives came across the desk of your correspondent in the past few weeks. One, an article from Scenario Magazine titled “Made to Last: Heirloom Goods” made the case for products made to last as long as we live and in some cases to outlive the original owner, objects that we would maintain and update for many years. The other, an article in the September 5th edition of The Economist titled “Faster, Cheaper Fashion” described the business model of Primark, a fast growing Irish firm that is now the 6th largest clothing retailer in the world  after only 9 years of existence; it is now larger than The Gap and is within striking distance of Uniqlo, Ross, T.J. Maxx and Zara. Its value proposition is centered on offering trendy clothes at aggressively low prices that encourages its customers to “buy heaps of items, discard them after a few wears and then come back for another batch of new outfits.”

Is there anything intrinsically “better” about a product that is made to last for many years as compared to one that cannot? Or does the calculus of economic activity and employment favor large-scale obsolescence to spur growth? Is it a case of the customer is always right: in some cases they might value an “heirloom” item they can pass on to others whereas that same person might choose to buy something not meant to last for more than a season? From a Process Excellence perspective we admire the short lead times and responsiveness of a Primark or Zara yet we also value the performance of items designed and built well (think of all those long-lasting Toyota’s all over the world).

Monohm, a California-based technology start-up, have adopted this future focused approach and created a prototype for what is claimed to be the world’s first ‘heirloom’ electronic. The ‘Runcible’ device was presented in early 2015 as a smart phone made to last a lifetime. This is a radical approach to personal electronics, a category infamous for driving profits through functional obsolescence. instead of a short life cycle, outdated once a newer, faster, thinner model is released, the Runcible is an example of what inventor Saul Griffith calls ‘heirloom design’. Made to last.

So what makes something worthy of the ‘heirloom’ title? According to Griffith it should last 50 – 100 years. To achieve this, a product must be repairable and, for technology, upgradeable. The Runcible’s open web concept, based on Firefox OS, creates a framework that anyone can create and develop within. Monohm claim that this allows the device to be endlessly renewed and customised, to keep up with the changing needs of the owner and the pace of technological development. This philosophy can be applied to all kinds of consumer goods.

In heirloom goods a promise is being made and the currency of promise is trust. Approaching design from this angle requires a complete rethink of the high volume mentality that has driven retailers for years. Put simply it’s about quality, not quantity. for generations companies around the world have built reputations and loyal followings on lifetime guarantees. US outdoor brand LL Bean, sock makers Darn Tough and Australian bag retailer Crumpler are notable examples. While this concept is hardly new, the notion of promising satisfaction is something that has fallen out of mainstream use, mostly because customers simply don’t expect it. Consumer culture has been driven by what is new and next.

In his book “It’s All About the Bike” Robert Penn tells the story of how he commissioned a custom bicycle built to last and his experiences in visiting the workshops where each component was made and meeting the artisans involved from the maker of the tires to the spokes to the saddle. In his case, the saddle of choice was built by Brooks, a firm that has made one of its main products, the B 17 since 1896 and that it is not unusual to have saddles brought in for an overhaul that are forty years old. Writes Penn

If you take the trouble to keep the leather taut using the tensioning bolt (a defining feature of Brooks saddles), the saddle will only continue getting more comfortable. You have then a product that improves with use. This is an anomaly. We live in a dystopian age when almost everything we buy begins to deteriorate the moment it comes out of the box. 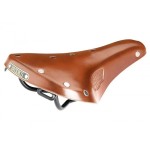 In their overview of Primark, The Economist notes:

Maureen Hinton of Conlumino, a retail consultant, argues that Primark has a winning combination: cool clothes, attractive stores and, most important, rock-bottom prices. In Britain, the average selling price of women’s clothes at H&M was £10.69 ($16.37) for the year to May 10th, according to Sanford C. Bernstein, a research firm. At Primark, the average selling price was £3.87. For Asos, a young and hitherto vigorous online fashion retailer, such bargains are hard to match. The need to keep cutting prices and stay competitive has forced Asos to issue a series of profit warnings. And on September 2nd the British firm’s founder and chief executive, Nick Robertson, resigned.

John Bason, ABF’s finance director, says Primark achieves its low prices thanks to sleek logistics, a meagre marketing budget and its scale, which helps win bargains from suppliers. The company withstands tiny margins, making its money on volume. It has bet successfully that demand for clothes is as elastic as the waistband in a pair of plus-size sweatpants: the cheaper they are, the more shoppers buy of them. It is also benefiting from the “Instagram effect”, in which fashion-conscious young consumers post snaps of themselves wearing another new outfit on social media.

“Consumers shop at Primark differently than they shop at a lot of retailers,” says Bernstein’s Jamie Merriman. “It’s almost like shopping at a Costco,”—which sells buckets of peanuts and vats of detergent—“where you’re thinking about it in terms of volume.” H&M sells an annual average of £3,400-worth of clothes per square metre in Britain, according to Bernstein. Primark sells £5,300-worth.

A culture of disposable fashion rattles environmentalists. Americans threw away 11.1m tonnes of clothes and shoes in 2013. That amounts to 4.4% of the country’s rubbish, more than twice the share in 1990. Just as worrying are the conditions in which cheap clothes are made. In 2013 more than 1,100 people were crushed when a factory complex collapsed in Bangladesh. The victims included workers stitching clothes for Primark. The company has paid $14m to victims’ families. It is one of many firms to have signed an agreement to promote safety at textile factories.

The sad truth, however, is that most consumers soon forgot about the tragedy. In 2014, the year after the factory collapse, Primark’s sales jumped by more than 20%. 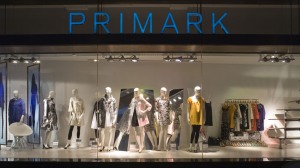 xraydelta is not suggesting that it is necessarily an either-or situation — both approaches can, arguably, work as profit-making strategies. That said, one of the fundamental tenets of Process Excellence is that we should look holistically and systemically across the entire value chain and not just within the four walls of our company. A process is not efficient and effective if it pushes waste outside of its business and into other businesses or into society itself. One wonders just how cheap and efficient certain things are if the all-in, life-time costs of products, and how they are made, is fully tabulated.

2 Comments on “Made to Last vs. Best Before: Long-lasting Objects vs. Planned Obsolescence”