← Visualizing Data
TED: Affected and Pretentious or Inspiring and Authentic? → 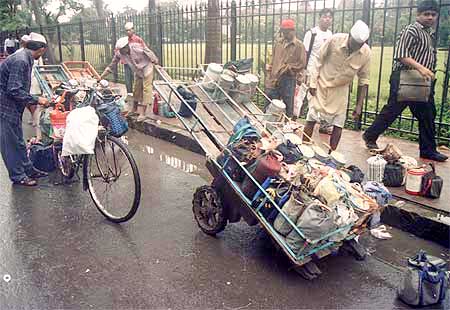 For process excellence practitioners the dabbawalas of Mumbai are one of the great case studies of a lean, low-capital, virtually defect-free (better than 6.0 sigma) service-logistics process. The group has become so famous that they are regularly invited to present their way of working to Global Fortune 100 companies. For those unfamiliar with what the dabbawala do, here is a quick snapshot:

The process is rightly admired for its low-tech methods. No less than Professor C.K. Prahalad of the University of Michigan Business School believes the dabbawallahs offer a near-perfect case study of the principles of supply chain management.

“Six sigma essentially means you can make no errors,” says Prahalad. “One-hundred and seventy-five thousand boxes are transported every day, it has to go to the right person, it has to start from a point of origination, go through trans-shipment in the infrastructure which is the public infrastructure in the trains of Mumbai in all seasons including the monsoon and it has to arrive on time in the right place in the right box.” “I think logistics is becoming more and more a top management issue,” said Prahalad. “That’s a good thing by itself because you can dramatically reduce the capital intensity of a business. A lot of the float there is between points of production and consumption can be reduced dramatically around the world.”

The Dabbawallah Foundation, in describing the system  on own website (http://www.dabbawala.in/index.php#), write:

The success of the system depends on teamwork and time management that would be the envy of a modern manager. Such is the dedication and commitment of the barely literate and barefoot delivery men who form links in the extensive delivery, that there is no system of documentation at all. A simple colour coding system doubles as an ID system for the destination and recipient. There are no multiple elaborate layers of management either — just three layers.

I think their description starts to get at some of the most important aspects of the dabbawalla approach and that are keys to achieving and sustaining breakthrough performance:

The process itself was described in this article by rediff.com:

“Every day, we deliver 175,000 to 200,000 lunch boxes,” said Medge. “We use colours and code markings to ensure faultless delivery.” These codes would baffle a cryptographer! But they make perfect sense to the dabbawallahs. The codes and colours indicate the place from where a dabba is collected; the station where it must be unloaded and the office it is to be delivered. Explaining one part of the code, Medge said they use English alphabets to mark out stations — such as A for Andheri and Bo for Borivli.

The men who form part of the organisation are not employees. “If you have employees, then you have unions and strikes,” said Medge, revealing his deep business acumen. “We are all shareholders in the Trust and we thus share in the earnings.” On an average, a dabbawalla can make about Rs 3,000 to 5,000. The Trust provides several services to its members, including schools for the children and health care in emergencies. What makes the dabbawallahs an extremely tight-knit group is that they all hail from the same region, Pune district in Maharashtra. “We all come from the region east of the Sahyadri [Western Ghats], and everyone who joins us is known to us,” said Medge. “If an outsider does join in, we initially employ him on a fixed salary, and if in a couple of years he wins our trust, we may make him a shareholder,” added Medge. 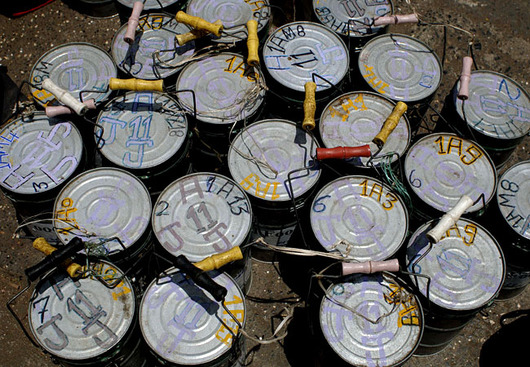