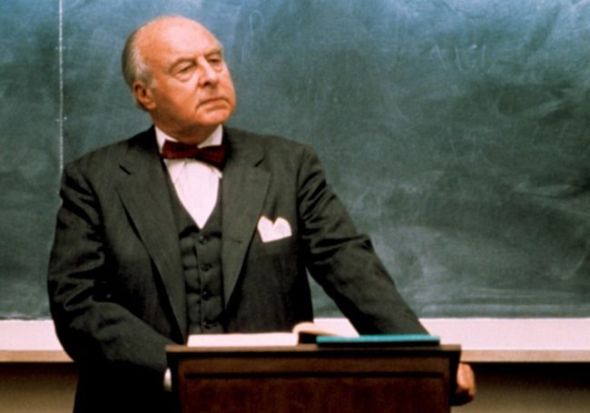 Don’t keeping thinking with a skull full of mush…

For long-time process excellence professionals, the way sectors realize they too (a) operate through process, (b) need to improve them, and (c) are not “different” than everyone else is both predictable as the tides and amusing (or frustrating).

The automotive sector and manufacturing in general was among the first areas of business to adopt the tools and methods that became known as “lean six sigma” not because lean six sigma applies mainly to automotive and manufacturing, but because (a) these were enormous parts of the American economy before and after the Second World War and that the need to worry about improving process came about only after economies such as Japan became more competitive and the Oil Embargo of the ’70s also accelerated the need for change.

Service sectors are now embracing lean six sigma principles not because the processes in these industries suddenly became amenable to improvement, but because (a) service sectors are now the biggest part of western economies, (b) as such they have faced increasing amount of competition and customer demands, and (c) huge firms such as Wal-Mart, McDonald’s, Amazon, Marriott and many others have used combinations of lean value chains, process analytics, and IT-enabled re-engineering to transform whole industries.

Healthcare has become one of the latest areas to realize lean six sigma is relevant to what they do. This happened, once again, as healthcare costs continued to increase prompting both patient, insurance, and government stakeholders to put pressure on hospitals and healthcare professionals to improve productivity. An area that a few years earlier kept saying that “healthcare did not make widgets” now has gotten past its lean six sigma-phobia and is getting down to the hard work of process change.

As the salad days fade for insurance companies and banks, they are now realizing that they too need to improve process and that lean six sigma is relevant to their value streams. Like retailers before them, they will realize that process excellence applies not only to their back offices, but also to the front office, to their financial advisors and other customer-facing areas.

Next up: professions such as management consulting, accounting, and legal will (a) face increasing margin pressures and (b) increasing developments in artificial intelligence along the lines of IBM’s Watson that won against humans in the game show Jeopardy and Google’s self-driving cars and they too will realize (sooner or later) that they too will need to apply lean six sigma to their professional processes.

Heenan Blaikie was a large Canadian law firm. Its dissolution is a foreshadowing of some of the changes that will buffet professions such as legal and consulting.

“Lawyers have to get their heads around the fact that we’re not that unique,” says Mitch Kowalski, author of Avoiding Extinction: Reimagining Legal Services for the 21st Century. Interestingly, we can also begin to see the early stages of the use of Lean Six Sigma in law offices, as this article by Drew Hasselback, reveals:

Ralph Lean was enjoying his time at Heenan Blaikie. It was a cosy perch that kept him busy, enabling him to work his Rolodex and, more importantly to him, stick it to anyone who thinks that 68-year-old lawyers are past their best-before date. He aimed to work well into his 70s. He had arrived at Heenan Blaikie just eight months ago, having left his previous Bay Street firm because he had reached mandatory retirement age for an equity partner.

Just a month ago, things were looking good. Billings had hit a near-record $35-million for the month of December. And the full-year financial results for 2013 were nothing to sneeze at, either: profit of $75-million on revenue of $222-million. There was one problem, however. Income per partner had dropped 15%, prompting other firms to poach Heenan Blaikie’s stars. The rate of departures was starting to alarm.

A firm manager met with Mr. Lean on Jan. 17 to reassure the rainmaker. There was nothing to worry about, Mr. Lean was told. “Although they had some challenges, they thought they’d be able to work them out.”

Then, just seven days later, the same manager stopped by Mr. Lean’s office again. This time the message was hugely different. The Toronto office might downsize by half, and Mr. Lean might need to switch to a bigger firm that could better serve his clients. So Mr. Lean joined Gowling Lafleur Henderson LLP last Monday, just before Heenan Blaikie announced on Wednesday that it would wind itself up for good. He’s not bitter, either. “I’ve got nothing but good things to say about them.”

Heenan Blaikie’s demise, and the speed at which it happened, is a much-needed wake-up call for Canadian law firms, legal industry observers say. Too many Bay Street firms are chasing too little high-dollar business, and too many firms rely on a star-system that makes them susceptible to the same sort of run-on-the-bank of legal talent that brought Heenan Blaikie down this week. Critics predict other big Canadian law firms will get in trouble fast if they don’t change their business model.

Mitch Kowalski, author of Avoiding Extinction: Reimagining Legal Services for the 21st Century and a contributor to the FP Legal Post blog, thinks that if firms don’t wake up to change, another firm or two might implode over the next 18 to 24 months. For too long, lawyers have convinced themselves that there is a mystic quality to the profession that somehow renders it immune from the laws of business gravity, he says.

“Lawyers have to get their heads around the fact that we’re not that unique,” Mr. Kowalski says. “We’re going to have the same disruption that everyone else has gone through. We’re just late to the party in terms of being disrupted. But it’s happening now.”

The Canadian market seems to have room for two strata of firms. There is a short list of about 10 super-large Canadian firms, among them names such as McCarthy Tétrault LLP or Blake, Cassels & Graydon LLP, that have the resources and expertise to work on multi-billion dollar, international business. But there are another 15 to 20 firms that also want some of that business, but don’t necessarily have the resources needed to compete.

One might well ask why so many firms want the high-end business at all. Lawyers are paid for their time, not for the size of the deal. The vast majority of Canadian M&A transactions involve deals valued at less than $25-million. WeirFoulds has made a strategic decision to focus on the smaller transactions, because there are a lot more of them, and the market for them is a lot more stable.

“Why do we have 25 national law firms?” asks Lisa Borsook, executive partner with WeirFoulds LLP in Toronto, a downtown firm that has designed itself as a “quad-boutique” that focuses on four related businesses: litigation, corporate, property and municipal law. “We don’t need 25 national law firms. We need a fewer number that have the infrastructure to deal with certain kinds of deals.”

Meanwhile, the big firms that have that high-end business recognize that work won’t always come to them automatically. They’re embracing business tools, such as Lean Six Sigma, to cut costs and rethink how service is delivered. McCarthy Tétrault, for example, is doing this through a service it calls “MTOptimize.”

“Clients are under a lot of pressure right now. You have to respond to that. Big law firms, who think they’re fine, run the risk of ending up in trouble as well,” says Matthew Peters, national Leader for markets with McCarthy Tétrault.

And at the other end of the spectrum, a new generation of entrepreneurial lawyers sees opportunity in the change.

Omar Ha-Redeye, a Toronto practitioner who is co-chair of young lawyers division of the Ontario Bar Association, says the market is splitting into an elite group of top-tier firms, and a lower-end group of entrepreneurial firms and solo practitioners with lean, efficient practices.

“Anytime you have challenge in the market, it promotes innovation.”