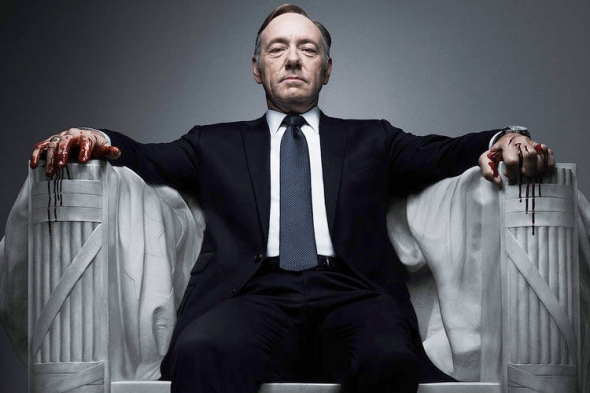 As performance improvement practitioners we seek opportunities to trigger transformative change, not just tweaking. An example of these two approaches are the innovations of firms like Netflix and Amazon towards television shows as compared to the traditional networks.

Amazon is using its massive data base, and its existing channels for its customers to provide reviews and feedback, to create television programs. According to the Wall Street Journal:

The Internet retail giant, known for efficiency and top-notch logistics, is venturing into the unpredictable game of searching for TV hits. The company is betting it can improve on the traditional TV development process by collecting viewer feedback in unprecedented ways and using it to make less risky bets on which shows to produce. The current system, Amazon says, relies too heavily on studio tastemakers to decide what shows get made.

“We’ve always operated in a way where we let the data drive what to put in front of customers,” says Bill Carr, Amazon’s vice president of digital video and music. “We don’t have tastemakers deciding what our customers should read, listen to and watch.”

A group of 14 “pilot” episodes had been posted on the company’s website a month earlier, where they were viewed by more than one million people. After monitoring viewing patterns and comments on the site, Amazon produced about 20 pages of data detailing, among other things, how much a pilot was viewed, how many users gave it a 5-star rating and how many shared it with friends.

Those findings helped the executives pick the first five pilots—winnowed down from an original pool of thousands of show ideas—that would be turned into series. The first will debut this month: “Alpha House,” a political comedy about four politicians who live together, written by Doonesbury comic strip creator Garry Trudeau.

Amazon’s approach could hold lessons for established media companies, who do research on shows before they air but not on anywhere near the scale as Amazon. If Amazon turns projects other networks have passed on into successful shows or discovers untapped talent, Hollywood will take notice. Its efforts are already provoking debate among TV executives about how much of a role big data should play in an industry where creative instincts have always been paramount.

Amazon offers a streaming video service that comes with a subscription to its “Prime” two-day free shipping program, which costs $79 a year. Like Netflix and Hulu, the company has built an extensive library of TV and movies. But ultimately it determined that original programming was critical to attract and retain subscribers.

“We thought logically what we need to have is our own TV shows that give customers a reason why they want to tune in—why they should subscribe,” says Mr. Carr.

Amazon Studios ramped up in earnest this year when the pilots were posted online in April. Users were able to rate pilots with up to five stars and offer comments, just as they would for a book or a George Foreman grill on Amazon’s site.

The pilot data was sliced in various ways—the percentage of five-star ratings, for example. Users also could fill out written surveys. Executives in May reviewed data for each pilot as well as recommendations from Amazon’s programming team.

Traditional networks test shows, too, but on a much smaller scale—typically focus groups of about 50 people. Amazon is testing on a vastly bigger audience and is collecting a range of metrics unique to its service, such as whether members of its Prime service liked particular shows.

Netflix pursued a similar path, creating its own shows such as the addictive Washington drama “House of Cards.” Netflix’s decision to release all of the initial 13 episodes at the same time was also something traditional networks would not do. The Huffington Post wrote:

“House of Cards” showrunner Beau Willimon defended the decision to release all of Season 1 at once to The Huffington Post. “We thought about all sorts of models: Should we do a traditional [one episode per week]? Should we do it in chunks, like four episodes, then five episodes, then four episodes?” he said. “We eventually arrived at [offering] 13 all at once because that speaks to what Netflix has to offer that really no other network does. Its subscribers watch content when they want to watch it, how they want to watch it, in what chunks they want to watch it. And so it puts the decision in their hands.”

Time will tell whether or not Amazon’s and Netflix’s ventures succeed but one thing is for sure, the established firms need to innovate or risk becoming the next industry to go the way of traditional newspapers, record companies, and book stores.