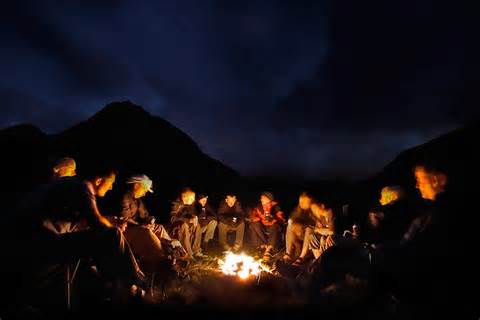 Story telling is perhaps the most powerful approach to engaging people in a discussion of almost any topic. Every day we see evidence of how a story about a person creates greater public outrage or action than stories about thousands or millions of people.

From another angle, this article, by Misty Harris of Post Media News, describes how reading stories helps build cognitive skills, empathy, and the ability to deal with ambiguity. When dealing with certain types of major change, perhaps we should consider how to use stories to help create openness to new ideas as well as help people understand how others might view change.

Reading literary fiction — even something as short as 10 pages — can increase empathy, improve decision-making and make people more comfortable with uncertainty, suggest two new Canadian studies. In other words, the very pursuit we use to distract us from real life might actually make us better at living it.

Lead author Maja Djikic said the findings have particular repercussions for our schools, where she notes a “dangerous trend” away from the arts and soft skills. This observation dovetails with a January report from Scholastic showing that reading for pleasure on a regular basis (five to seven days a week) is indeed a waning activity among youths, having fallen to 34 per cent in 2012 from 37 per cent two years earlier.

“The prejudice of adulthood that reading fiction is inferior seems to be finding its way straight into our schools,” said Djikic, a senior research associate at the University of Toronto. “You think it’s going to help students out there in real life (to emphasize quantifiable skills) when, in fact, nothing will help them more than being able to think well and understand other people.”

Her team’s first study replicated previous findings that cognitive empathy – that is, the ability to understand what another person is feeling – is higher among frequent readers of fiction. It also revealed for the first time that people who aren’t very open (closed to experience, not especially curious) see significant boosts in empathy after reading a short story of approximately 6,000 words.

“It’s precisely the people who have difficulty being open to other people’s ideas and experiences who might benefit most from reading fiction,” said Djikic, suggesting that books act as a “backdoor way” of getting closed-off individuals to empathize with others.

The second study found that reading a short story results in a reduced need for what psychologists dub “cognitive closure.”

“After you read a piece of literature, it seems your discomfort with ambiguity lowers, and your need for order lowers,” said Djikic, explaining that because the fictional chaos doesn’t directly affect us, we become more accepting of it — and that this process acts as a kind of dress-rehearsal for real life.

Both newly published studies were co-authored by the University of Toronto’s Keith Oatley and Mihnea Moldoveanu, and both draw on the same group of 100 students, whose average age was 21.7. The positive benefits of reading uncovered by the research, however, appear likely to apply to readers old and young, with Djikic noting that personal development is a lifelong process.

“Together, these studies show the importance of literature as a developmental tool for better thinking and better empathy,” said Djikic, adding that for lovers of literature, this is the equivalent of finding out that ice cream is healthy.

The discovery comes on the heels of a Scholastic study of 1,074 U.S. children and their parents (2,148 total participants) in which pollsters found that as kids age, so too does the rate of routinely reading for fun: from 48 per cent among those age six to eight to just 24 per cent among those age 15 to 17. By contrast, the frequency of youth watching TV or DVDs on a regular basis is about seven in 10.

The good news is that 86 per cent of those age six to 17 said they planned to read over their summer vacation. And if Djikic’s research is any indication, they’ll not only be entertained but also become better people for the experience.