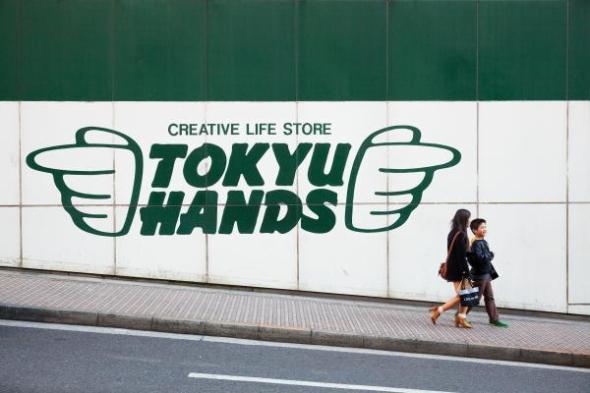 Some of us will, from time to time, say something like “I don’t like to shop” or “I hate being in a mall.” For many who say that, however, the truth is that we don’t like to spend time in most stores, but find the right store and suddenly we’ve spent an hour or two wandering the aisles. It really depends, ultimately, in your particular weakness. A person bored stiff by a clothing store might happily explore an electronics store or a place with lots of cool hand tools. Others are fascinated by books and will seek out a bookstore as a destination in itself in a city. For others it is a good kitchen gadget store, and so on.

The April issue of Monocle highlighted a delightful store that, if you like hardware, gadgets, kitchen utensils, pens etc., it is your nirvana. Called Tokyu Hands they described it thus:

Tokyu Hands is difficult to describe to anyone who’s never been there. How do you do justice to a shop that sells everything from pots and pans to planks of wood? Vegetable juicers, earthquake kits, power drills and bed linen are all here. So too are rucksacks, mattresses, sewing machines, pet supplies and yoga mats. It would be quicker to list what it doesn’t sell.

“It defies description,” says shop manager Kazuhiro Fukumoto, who has been working for Tokyu Hands for 30 years. “It’s not a department store, it’s not a home centre and it’s not a hardware store.” It has elements of all of these but isn’t any one of them. Even the company struggles to define it. It has tried, calling it a “Creative Life Store”, a “Hint Market”, an “Idea Superstore”, even “the place where when you visit, you find what you want”, although that doesn’t quite do it either, since, as any visitor will tell you, you also regularly find what you didn’t know you wanted.

Some facts and figures about Hands: it had 5.2 million visitors last year; it has roughly 150,000 items on sale including 14,000 pens, 18,000 kitchen items and 45,000 diy items. The shop opened in 1978, two years after the company was founded. Tokyu Hands is owned by Tokyu Land Corporation, a property company that was offered the Shibuya land – the site of an old church – and didn’t quite know what to do with it. Figuring that in an age of hurtling economic growth and mass production there might be a move back to a more creative, handmade way of doing things, it decided to open a shop that could give people all the tools they needed to fashion their own life. Hence the store’s name and logo, two hands.

Today, the Tokyu Hands company, which is headquartered in Shibuya, has 2,900 employees and 27 shops, including one in Shanghai, but the Shibuya store is the pulsating heart and historic soul of the business, brimming with creativity and packed to the rafters with products.

The day starts at 10.00 sharp, seven days a week, 364 days a year (only closing for New Year’s Day). Staff dressed in green aprons and white shirts bow as they greet the first customers. In an area so determinedly youthful that J-pop is pumped through the public address system, Tokyu Hands is a beacon of equality. All-comers are welcome – young and old, men and women. Schoolchildren, local builders, pensioners, art students and tourists all pile in, all looking for something different. Pity the hapless visitor who strolls in for a browse. They emerge hours later looking stunned and laden with bags.

One of the things that people most love about Hands is the staff (and there are 274 here), who offer ideas and advice along with the products. You couldn’t hope to meet a more dedicated, knowledgeable bunch. You only need to look at their aprons, bursting with tools, notebooks and useful bits and pieces to know they mean business. Kyoko Ono is three decades into her career at Hands. She’s the queen of the lightbulb department and what she doesn’t know about batteries isn’t worth knowing.

She reads about this stuff in her spare time, “which is funny because I was a literature graduate,” she laughs. When anyone comes into a Hands store with a tricky bulb query or battery conundrum the staff get straight on the phone to Ono. A battery for an Israeli night-scope? No problem. A bulb for a lamp bought on holiday in Italy? Ono has just the thing.

In Kitchen Supplies, Ikuno Hayashida is patiently handling requests for Japanese knives and the latest time-saving gadgets. A spoon for fluffing rice is flying off the shelves. “Japanese shoppers are very particular,” she says. “They really know their kitchen equipment.” Tourists stand agog, wondering if they’ll ever use a dedicated banana masher back at home. 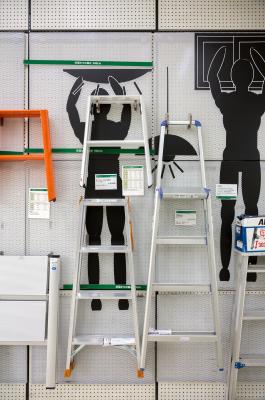