← Do We Think Enough About Unintended Consequences?
The Science of Crowds →

Is it the Needs of the One, or the Many?

In the name of flexibility, individuality, and a sincere but often mis-guided desire to “engage” employees or to seem relevant to young employees raised in a world of social media, “wisdom of crowds” or to succeed in contests for the “best corporate culture” or the “best place to work,” have too many organizations lost the plot?

The plot to which I refer is the ability of an organization to deliver consistently superior outcomes, and through those results create all the benefits that come with excellence: pride of association with a high performance organization, great learning and development opportunities, and a decent chance at an interesting career. The difference is in treating individual satisfaction and morale as ends in and of themselves as opposed to a beneficial but nevertheless collateral outcome of a focus on the performance of the whole.

An example of this principle at work is this article by Lucy Kellaway in the Financial Times in which she explores how the strict and demanding standards of Wimbledon’s ball boys and girls and its focus on a servant-like performance ethic (do your job invisibly and without ego) might provide some lessons for the corporate world which so often seems to fall prey to various employee-centric fads.

As Ivo Karlovic whacked a tennis ball at 220 kilometres per hour towards Andrew Murray on Wimbledon’s Centre Court last week, I found myself staring at something behind his back that wasn’t moving at all. Two kids of about 15 were standing in symmetrical formation, stock still. When a stray ball came their way, they scooped it up, threw it with speed and perfect accuracy into the player’s hand and then returned to being statues once more.

As someone who has spent a decade trying and failing to get teenagers to pick up stray dirty socks from the floor and throw them in the general direction of the laundry basket, I found this performance even more remarkable than the one being given by the grownup men with the tennis racquets.

It turns out that there is a formula for drilling these Wimbledon ball boys that has been in operation for decades. It is the last training course on earth that makes no concessions whatsoever to modern management methods; it also produces better results than any I’ve seen.

Four months before the tournament begins, 700 teenage hopefuls begin to learn how to stand still, throw, march, look people in the eye and tuck their shirts into their shorts. Each has a number pinned on them – there is no truck with anything as namby-pamby as calling people by their names. They are expected to memorize rules and understand that following them isn’t optional. Only a third of the hopefuls get selected; absenteeism, even through illness, is not tolerated.

In return for their time, effort and devotion, ball boys get paid nothing at all. They don’t even get thanked. When they threw the ball back to Karlovic he didn’t turn round and say “great job!” to help boost their self-esteem. He ignored them. Ball boys understand it is their job to be invisible and merge into the background. They aren’t even allowed to enjoy the tennis.

On paper it all sounds most unattractive. Yet plenty of children would gladly saw off their right arms for the chance – were it not for the fact that minus a limb they’d be less useful on court.

You might think that what makes a normal, Facebook-addicted teenager so desperate to become a ball boy is no mystery. It is proximity to sporting royalty as well as to actual royalty. It is also the chance to be on television, though as they all look identical in their navy uniforms, even the proudest parent might struggle to identify their offspring.

But I suspect there is something more important going on too. It is about being part of something wonderful. It is understanding that a valuable institution rests on the perfect behaviour of everyone who works there. The draconian training is not a drawback, it’s a selling point. The stricter the rules, the more seriously the institution takes itself and therefore the greater the glory in being a part of it.

Yet this sort of training, based on pride and obedience and anonymity, is not merely out of fashion in the corporate world, it has vanished without trace. Only last week I received a survey showing how even punctuality is no longer seen as a thing of value. Three-quarters of bosses apparently don’t care if their employees are half an hour late for work. Such flexibility is “brilliant news for workers everywhere”, said Mozy, the company that did the survey. But is flexibility really so good? And what about its sister trend, individuality? The ball boys are more than capable of doing the best possible job without it. Why shouldn’t office workers be so too?

In modern offices, individuality is so rampant it is getting in the way of work. Last week I was sent a dull press release about a wealth management business and as I hovered my cursor over the e-mail to delete it, a picture of a pouting blonde popped up. She turned out to be the PR girl – a cog in a machine if ever there was one – who forwarded the release, and here she was stamping not just her name on the message, but her face too. Surely even in PR there could be someone stern enough to tell staff that the job matters, that the company is bigger than they are and they should be proud to be invisible components of a well-oiled machine?

Admittedly this might be a stretch for PR; it is an even bigger stretch for the socks. I can think of two very fine and worthwhile traditions that are maintained by the prompt picking up of socks: having a tidy house and sharing chores evenly. The snag is that the average 15-year-old has no interest in upholding either of these. 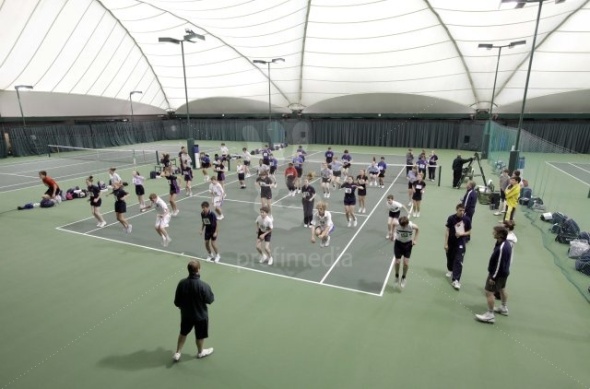