← Do You “Think Big Picture” Enough?
What is Wisdom? →

How to Be an Idea Factory 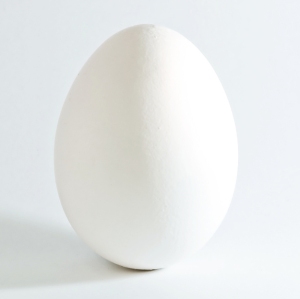 Waiting for an idea to hatch

Jeff Bercovici did an interesting piece for Forbes on New Yorker Cartoonist Matthew Diffee and his approach to creativity. Their interview is on You Tube at: http://youtu.be/_3mkEkto9ng

“Idea factory” is an apt moniker for Diffee and his fellow members of the The New Yorker’s cartoon platoon. Each of them is required to submit 10 panels a week for consideration, nine of which typically get rejected. That means coming up with a lot of jokes.

Diffee’s solution to this challenge is to park himself at a table for the first hour or two of each day — however long it takes him to drink an entire pot of coffee — and force himself to free-associate on a blank sheet of paper. That means writing, not drawing; Diffee says his cartoons always start with words, not images. Typically, he’ll take a phrase that’s lodged in his mind and tweak it this way and that until he comes up with something funny or hits a mental dead-end. By the time he fills up the paper, he usually has at least a couple workable ideas.

Workable doesn’t mean publishable, though. Among Diffee’s pieces of advice for aspiring creative people is this aphorism: “Be like a mother sea turtle.” By that he means lay a hundred conceptual eggs in the sand, then swim off and don’t fret over what becomes of them. Most of them will never hatch; most of the hatchlings will get eaten by predators. That’s not your problem. Your task is just to keep laying eggs.

“Flip the funnel” is another expression of his. It means that when it’s time to stop gathering fodder and start creating, you have to take that imaginary funnel over your head mainlining information into your brain from TV, newspapers, Facebook, “The Daily Show,” whatever, and invert it so that you’re no longer getting deluged with data and your own thoughts have the space they need to germinate into something weird and novel.

Got all that? Good. Now brew some coffee and get out a sheet of paper. Flip that funnel. And start laying eggs.