Silicon-driven Training and Education: What it Means for Lean Six Sigma – Part 3 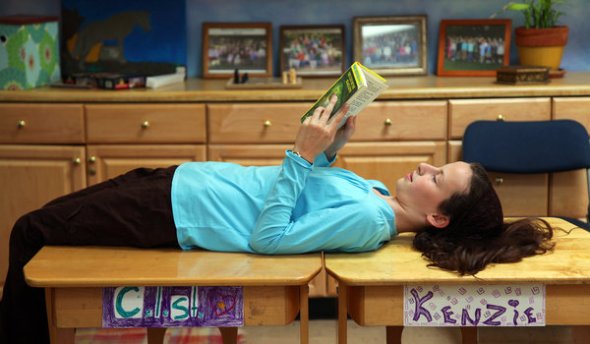 Interestingly, as many schools buy computers and software, a private school in the middle of Silicon Valley visibly makes a point of not using computers at all but rather pencils, paper, knitting needles and all manner of physical and largely pre-industrial materials, including, mud. The private school is one of 144 in the Waldorf system called the Association of Waldorf Schools of North America. 118 schools are in the U.S. with 18 in Canada and 8 in Mexico. Developed by Rudolf Steiner in 1919, the approach of these schools reflects a philosophy of education based on theories about child development. (Their website is: http://www.whywaldorfworks.org/)

Perhaps what is most fascinating about the school, at least the one in Silicon Valley, is who sends their children here. According to an article in the New York Times, “A Silicon Valley School That Doesn’t Compute,”

The chief technology officer of eBay sends his children to a nine-classroom school here. So do employees of Silicon Valley giants like Google, Apple, Yahoo and Hewlett-Packard.

But the school’s chief teaching tools are anything but high-tech: pens and paper, knitting needles and, occasionally, mud. Not a computer to be found. No screens at all. They are not allowed in the classroom, and the school even frowns on their use at home.

Schools nationwide have rushed to supply their classrooms with computers, and many policy makers say it is foolish to do otherwise. But the contrarian point of view can be found at the epicenter of the tech economy, where some parents and educators have a message: computers and schools don’t mix.

This is the Waldorf School of the Peninsula, one of around 160 Waldorf schools in the country that subscribe to a teaching philosophy focused on physical activity and learning through creative, hands-on tasks. Those who endorse this approach say computers inhibit creative thinking, movement, human interaction and attention spans.

The Waldorf method is nearly a century old, but its foothold here among the digerati puts into sharp relief an intensifying debate about the role of computers in education.

“I fundamentally reject the notion you need technology aids in grammar school,” said Alan Eagle, 50, whose daughter, Andie, is one of the 196 children at the Waldorf elementary school; his son William, 13, is at the nearby middle school. “The idea that an app on an iPad can better teach my kids to read or do arithmetic, that’s ridiculous.”

Mr. Eagle knows a bit about technology. He holds a computer science degree from Dartmouth and works in executive communications at Google, where he has written speeches for the chairman, Eric E. Schmidt. He uses an iPad and a smartphone. But he says his daughter, a fifth grader, “doesn’t know how to use Google,” and his son is just learning. (Starting in eighth grade, the school endorses the limited use of gadgets.)

Three-quarters of the students here have parents with a strong high-tech connection. Mr. Eagle, like other parents, sees no contradiction. Technology, he says, has its time and place: “If I worked at Miramax and made good, artsy, rated R movies, I wouldn’t want my kids to see them until they were 17.”

While other schools in the region brag about their wired classrooms, the Waldorf school embraces a simple, retro look — blackboards with colorful chalk, bookshelves with encyclopedias, wooden desks filled with workbooks and No. 2 pencils.

The approach of this school, and others like it puts into sharp focus the considerable philosophical and political divide within the field of education and murky grayness of untangling cause and effect and ascertaining impact.

Andie’s teacher, Cathy Waheed, who is a former computer engineer, tries to make learning both irresistible and highly tactile. Last year she taught fractions by having the children cut up food — apples, quesadillas, cake — into quarters, halves and sixteenths.

“For three weeks, we ate our way through fractions,” she said. “When I made enough fractional pieces of cake to feed everyone, do you think I had their attention?”

Some education experts say that the push to equip classrooms with computers is unwarranted because studies do not clearly show that this leads to better test scores or other measurable gains.

Is learning through cake fractions and knitting any better? The Waldorf advocates make it tough to compare, partly because as private schools they administer no standardized tests in elementary grades. And they would be the first to admit that their early grade students may not score well on such tests because, they say, they don’t drill them on a standardized math and reading curriculum.

When asked for evidence of the schools’ effectiveness, the Association of Waldorf Schools of North America points to research by an affiliated group showing that 94 percent of students graduating from Waldorf high schools in the United States between 1994 and 2004 attended college, with many heading to prestigious institutions like Oberlin, Berkeley and Vassar.

Of course, that figure may not be surprising, given that these are students from families that value education highly enough to seek out a selective private school, and usually have the means to pay for it. And it is difficult to separate the effects of the low-tech instructional methods from other factors. For example, parents of students at the Los Altos school say it attracts great teachers who go through extensive training in the Waldorf approach, creating a strong sense of mission that can be lacking in other schools.

Absent clear evidence, the debate comes down to subjectivity, parental choice and a difference of opinion over a single world: engagement. Advocates for equipping schools with technology say computers can hold students’ attention and, in fact, that young people who have been weaned on electronic devices will not tune in without them.

Ann Flynn, director of education technology for the National School Boards Association, which represents school boards nationwide, said computers were essential. “If schools have access to the tools and can afford them, but are not using the tools, they are cheating our children,” Ms. Flynn said.

Paul Thomas, a former teacher and an associate professor of education at Furman University, who has written 12 books about public educational methods, disagreed, saying that “a spare approach to technology in the classroom will always benefit learning.”

“Teaching is a human experience,” he said. “Technology is a distraction when we need literacy, numeracy and critical thinking.”

“Engagement is about human contact, the contact with the teacher, the contact with their peers,” said Pierre Laurent, 50, who works at a high-tech start-up and formerly worked at Intel and Microsoft. He has three children in Waldorf schools, which so impressed the family that his wife, Monica, joined one as a teacher in 2006.

And where advocates for stocking classrooms with technology say children need computer time to compete in the modern world, Waldorf parents counter: what’s the rush, given how easy it is to pick up those skills?

“It’s supereasy. It’s like learning to use toothpaste,” Mr. Eagle said. “At Google and all these places, we make technology as brain-dead easy to use as possible. There’s no reason why kids can’t figure it out when they get older.”

Is a school like Waldorf merely an example of what money can do (annual tuition at the Silicon Valley schools is $17,750 for kindergarten through eighth grade and $24,400 for high school), namely attract better teachers through higher salaries, as well as the collateral effect of parents who might take a more active role in raising their children and hundreds of other factors? What is clear, at least to a lay-person such as me, is that there are no pat answers but rather a fascinating confluence of factors involving theories about learning, various tools ranging from high-tech to no-tech, and the difficulties of measuring results in way that provides uncontroversial conclusions. The Times piece ends on an interesting note:

The students, meanwhile, say they don’t pine for technology, nor have they gone completely cold turkey. Andie Eagle and her fifth-grade classmates say they occasionally watch movies. One girl, whose father works as an Apple engineer, says he sometimes asks her to test games he is debugging. One boy plays with flight-simulator programs on weekends.

The students say they can become frustrated when their parents and relatives get so wrapped up in phones and other devices. Aurad Kamkar, 11, said he recently went to visit cousins and found himself sitting around with five of them playing with their gadgets, not paying attention to him or each other. He started waving his arms at them: “I said: ‘Hello guys, I’m here.’ ”

Finn Heilig, 10, whose father works at Google, says he liked learning with pen and paper — rather than on a computer — because he could monitor his progress over the years.

“You can look back and see how sloppy your handwriting was in first grade. You can’t do that with computers ’cause all the letters are the same,” Finn said. “Besides, if you learn to write on paper, you can still write if water spills on the computer or the power goes out.”

2 Comments on “Silicon-driven Training and Education: What it Means for Lean Six Sigma – Part 3”