Silicon-driven Training and Education: What it Means for Lean Six Sigma – Part 2 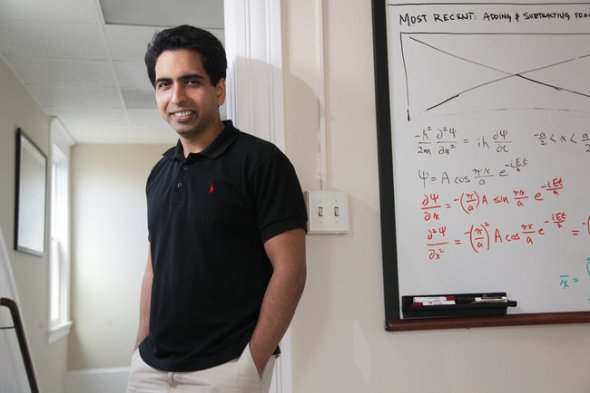 Whenever one looks at the state of education and training today it is inevitable that the subject of a generational divide arises, a divide characterized by the pre and post internet, pre and post Facebook, and pre and post iPhone eras. Perhaps using technology to “deliver” education is inevitable given how young people, and most adults, are increasingly conditioned to want, expect, and need to have things delivered to them through the devices and applications they are addicted to. In “Classroom of the Future, Stagnant Scores,” Richtel profiled several teachers and their experiences with social media:

“They’re inundated with 24/7 media, so they expect it,” said Sharon Smith, 44, a gregarious seventh-grade social studies teacher whose classroom is down the hall from Ms. Furman’s.

Minutes earlier, Ms. Smith had taught a Civil War lesson in a way unimaginable even 10 years ago. With the lights off, a screen at the front of the room posed a question: “Jefferson Davis was Commander of the Union Army: True or False?”

The 30 students in the classroom held wireless clickers into which they punched their answers. Seconds later, a pie chart appeared on the screen: 23 percent answered “True,” 70 percent “False,” and 6 percent didn’t know.

The students hooted and hollered, reacting to the instant poll. Ms. Smith then drew the students into a conversation about the answers.

The enthusiasm underscores a key argument for investing in classroom technology: student engagement.

That idea is central to the National Education Technology Plan released by the White House last year, which calls for the “revolutionary transformation” of schools. The plan endorses bringing “state-of-the art technology into learning to enable, motivate and inspire all students.”

But the research, what little there is of it, does not establish a clear link between computer-inspired engagement and learning, said Randy Yerrick, associate dean of educational technology at the University of Buffalo.

For him, the best educational uses of computers are those that have no good digital equivalent. As examples, he suggests using digital sensors in a science class to help students observe chemical or physical changes, or using multimedia tools to reach disabled children.

But he says engagement is a “fluffy term” that can slide past critical analysis. And Professor Cuban at Stanford argues that keeping children engaged requires an environment of constant novelty, which cannot be sustained.

“There is very little valid and reliable research that shows the engagement causes or leads to higher academic achievement,” he said.

At the same time, it is hard ignore things like the popularity and growth of things like the Khan Academy. For certain subjects and in the hands of a gifted and enthusiastic instructor such as Salman Khan, perhaps there is something to be said for the use of web-based tools. In a piece on the phenomena of the Khan Academy and similar services, Sommini Sengupta in the Times (“Online Learning, Personalized,” December 4, 2011) wrote:

Jesse Roe, a ninth-grade math teacher at a charter school here called Summit, has a peephole into the brains of each of his 38 students.

He can see that a girl sitting against the wall is zipping through geometry exercises; that a boy with long curls over his eyes is stuck on a lesson on long equations; and that another boy in the front row is getting a handle on probability.

Each student’s math journey shows up instantly on the laptop Mr. Roe carries as he wanders the room. He stops at each desk, cajoles, offers tips, reassures. For an hour, this crowded, dimly lighted classroom in the hardscrabble shadow of Silicon Valley hums with the sound of fingers clicking on keyboards, pencils scratching on paper and an occasional whoop when a student scores a streak of right answers.

The software program unleashed in this classroom is the brainchild of Salman Khan, an Ivy League-trained math whiz and the son of an immigrant single mother. Mr. Khan, 35, has become something of an online sensation with his Khan Academy math and science lessons on YouTube, which has attracted up to 3.5 million viewers a month.

Now he wants to weave those digital lessons into the fabric of the school curriculum — a more ambitious and as yet untested proposition.

This semester, at least 36 schools nationwide are trying out Mr. Khan’s experiment: splitting up the work of teaching between man and machine, and combining teacher-led lessons with computer-based lectures and exercises.

As schools try to sort out confusing claims about the benefits of using technology in the classroom, and companies ponder the profits from big education contracts, Khan Academy may seem like just another product vying for attention.

But what makes Mr. Khan’s venture stand out is that the lessons and software tools are entirely free — available to anyone with access to a reasonably fast Internet connection.

“The core of our mission is to give material to people who need it,” Mr. Khan said. “You could ask, ‘Why should it be free?’ But why shouldn’t it be free?”

For now, Mr. Khan’s small team is subsidized by more than $16.5 million from technology donors, including Bill Gates, Google, the Silicon Valley Community Foundation and the O’Sullivan Foundation. He intends to raise an endowment. And this summer, starting in the Bay Area, where he is based, he plans to hold an educational summer camp.

It is too early to know whether the Khan Academy software makes a real difference in learning. A limited study with students in Oakland, Calif., this year found that children who had fallen behind in math caught up equally well if they used the software or were tutored in small groups. The research firm SRI International is working on an evaluation of the software in the classroom.

Mr. Khan’s critics say that his model is really a return to rote learning under a high-tech facade, and that it would be far better to help children puzzle through a concept than drill it into their heads.

“Instead of showing our students a better lecture, let’s get them doing something better than lecture,” Frank Noschese, a high school physics teacher in Cross River, N.Y., wrote on his blog in June.

But in education circles, Mr. Khan’s efforts have captured imaginations and spawned imitators. Two Stanford professors have drawn on his model to offer a free online artificial intelligence class. Thirty-four thousand people are now taking the course, and many more have signed up. Stanford Medical School, which allows its students to take lectures online if they want, summoned Mr. Khan to help its faculty spice up their presentations.

And a New York-based luxury real estate company credited Mr. Khan with inspiring its profit-making venture: the Floating University, a set of online courses taught by academic superstars, repackaged and sold to Ivy League colleges and eventually to anyone who wants to pay for them.

“What Khan represents is a model that’s tapped into the desire that everyone has to personalize the learning experience and get it cheap and quick,” said Jim Shelton, assistant deputy secretary for innovation and improvement at the Education Department.

Mr. Shelton predicted that there would be “a bunch of knockoffs” that would take the Khan approach and try to expand on it. “This is going to spread like wildfire,” he said.

Perhaps, like so many things, the most effective approaches will blend various tools and tactics rather than stick to a single doctrine. For example, improving a process is almost always more effective when approached from the standpoint of trying to improve the process with the most appropriate tools and methods rather than trying to make the problem fit to a packaged methodology sold by a consulting firm, software company or web site. Sengupta shares this vignette:

Diane Tavenner, chief of the Summit chain of four charter schools, said that at first she was ambivalent about using Mr. Khan’s software. It would require buying laptops for every student and investing in more Internet capacity. And she found the Khan Academy model of instructor and blackboard — albeit a digital one — to be a bit too traditional.

In the past, math class at the Summit schools was always hands-on: the class worked on a problem, usually in small groups, sometimes for days at a time. But getting an entire class of ninth graders to master the fundamentals of math was never easy. Without those, the higher-level conceptual exercises were impossible.

That is where the machine came in handy. The Khan software offered students a new, engaging way to learn the basics.

Ms. Tavenner says she believes that computers cannot replace teachers. But the computer, she recognizes, can do some things a teacher cannot. It can offer personal feedback to a whole room of students as they work. And it can give the teacher additional class time to do more creative and customized teaching.

“Combining Khan with that kind of teaching will produce the best kind of math,” she argued. “Teachers are more effective because they have a window into the student’s mind.”

Ms. Tavenner’s students here inhabit a world that seems distant from the dazzle and wealth of adjacent Silicon Valley. Nearly half come from families where English is a second language. Forty percent qualify for free lunches. So pervasive is gang violence in the area that school uniforms have been mandated as a safeguard against the display of gang colors. Not all students have a computer at home, or parents who can help with homework.

Math class at Summit on one afternoon this fall began like many around the country. Mr. Roe was at the whiteboard at the head of the room, explaining order of operations — the math concept that dictates the sequence in which calculations should be performed in a long equation. Handouts were passed out, and there was a series of questions and answers.

In the second hour, the students were huddled over laptops, each working on a different set of exercises. Nicole Bermudez, 14, was on geometry. She had trouble with math in middle school. Her teacher, she said, had no time to help her, and her mother did not have the patience. “She would just yell at me. She would say, ‘You can’t get it? This is simple math.’ ”

The Khan Academy software, she pointed out, offers hints and instructional videos to nudge her ahead. It waits until she has mastered one concept before she can move on to the next. She can ask Mr. Roe when she is really stuck.

In the back of the class, two girls wearing headphones watched one of Mr. Khan’s videos. Moses Rodriguez plodded slowly through some exercises, his attention occasionally wandering until Mr. Roe came around and prodded him. The classroom was quiet, apart from the occasional eruptions of victory.

“Is your brain hurting yet?” one girl asked her neighbor.