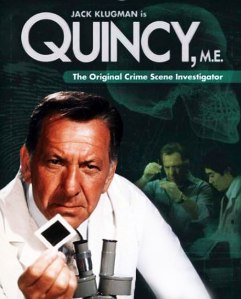 The “white lab coat effect” is a reference to the idea, according to some analysts of the judicial process, of how juries (and judges) can often sheath scientists and other forensic experts with a veneer of infallibility. This effect shows up in other areas of life where routinely we hear stories about how “researchers have discovered a link between x and y,” thus creating some form of panic/fad about what not to eat, drink or do or conversely what we should eat, drink, or do more of.

The irony is that even as the apparent faith most people place in statements seemingly sanctioned under the banner of scientific “proof” increases, the ability of many people to interrogate what they read and hear using the same principles of science and statistics remains depressed. Thus we live in an age of science (or pseudo-science, if one is not predisposed to questioning “scientific” pronouncements then much of what is passed off as slid science, isn’t) with a population of the largely science and statistics-illiterate.

This misalignment can have big consequences. One consequence is how poor science can lead to questionable judgments in criminal cases and the nightmare of a wrongful convictions. There are many books, films, and articles on wrongful convictions. For example, a recent edition of The Walrus contained Julian Sher’s outstanding piece entitled “Trails and Error.” In it, Sher writes:

Sleuths on such shows as CSI and Bones often use invented scientific wizardry to catch bad guys, creating an appealing fantasy, in contrast to the at times frustratingly ambiguous world of criminal justice. Modern science has become better and more sophisticated, and our faith in its infallibility has grown. However, as any good scientist will tell you, science is a process, not an end point. The Walchuk case and many others I have probed over the years illustrate, all too often, that mistaken, misused, or misunderstood science is helping to send innocent people to jail.

“This is a very serious issue,” says Alan Young, a professor at Osgoode Hall Law School, at York University in Toronto. He is the director of the Innocence Project…

Young calls it the “white lab coat” effect. “You have the man in the white lab coat stereotype approaching infallibility,” he says. This worries him even more than the frequent occurrence of faulty eyewitness testimony: “It is far more sinister than eyewitness errors, because it has the sanctity and credibility of science. Judges and juries sleepwalk through this evidence. And this puts people in jail for life.”

Further on we read this:

The American National Academy of Sciences published a landmark study in 2009, which found serious deficiencies in much of the forensic testimony that has become crucial to convictions. For example, fingerprint matches can be misleading. Here is a little-known fact: there have been no peer-reviewed scientific studies proving that unique prints can be matched accurately.

“There is no reason to believe that the concerns raised in the NAS report stop at the border,” says Roach. “When someone pops up and says the emperor is wearing no clothes, it is deeply unsettling, and I think the Americans have been prepared to do that more often than we have.”

Sher’s wrap-up contains, I think, some sensible cautions and ideas for the judicial system. Although the world of business does not always deal with matters as dramatic as murder, there are often immense consequences for employees and consumers if the leaders of organizations are ignorant of the limitations of science:

How to fix things? For starters, we need to improve the procedures used to train and certify forensic scientists. Among the key recommendations by the National Academy of Sciences in the US were rigorous, mandatory certification programs for forensic scientists, and strong standards and protocols for evidence used in court.

Canada does not have the equivalent of a national scientific body like the NAS. However, one of the recommendations from the Goudge inquiry was the establishment of accredited training programs for forensic pathologists. The University of Toronto has meanwhile set up the Centre for Forensic Science and Medicine to fill a major forensic research vacuum. It is headed by Michael Pollanen, the pathologist who testified at Truscott’s appeal hearing. “Wrongful convictions have raised reasonable questions about the reliability of science and medical evidence in the criminal courts,” he told the audience at a conference he helped to organize in Toronto last fall. “Surprisingly, there is absolutely no structure in Canada for funding research into forensic science. There is no graduate program in forensic science at any Canadian university.”

As well, judges are not educated properly to play a gatekeeper role in determining whether the scientific evidence is relevant and reliable. Goudge recommended that the National Judicial Institute conduct specialized science training for judges. There is now a two-and-half-day science course, but it is only held about every two years; the last one was in 2011, and the next is scheduled for 2014.

Justice Adèle Kent of Alberta’s Court of Queen’s Bench, who helps to design and organize the NJI’s programs, points out that 90 percent of Canadian judges are generalists, so science training must compete with many other subjects. With that in mind, she is implementing another important recommendation from the Goudge inquiry: the creation of a scientific manual for judges. She hopes to have chapters on basic science and the law ready this year.

“Spectacular miscarriages of justice have taught us something,” she says. “Judges have a heightened awareness that when they deal with science in the courtroom they must be careful with it. Will they understand every scientist that comes into the courtroom? Absolutely not. But I think they have the tools to be wary of science, and also to be unafraid to ask questions of scientists.”

Perhaps that is the key: being respectful yet wary of uncertain science in a court of law that seeks judicial finality. Our courts are designed to issue a definitive verdict of guilt or innocence. But scientific conclusions are subject to constant testing and rethinking. “The law seeks to find a final resolution for a particular controversy, whereas scientific conclusions are subject to perpetual revision,” said Supreme Court justice Cromwell in his landmark speech on the topic.

This is why law professor Kent Roach dislikes the term “junk science,” because it implies that some science is patently false while the rest is 100 percent reliable. “It suggests that if it’s science that somehow it’s the magical answer,” he says. “For all expert evidence, the judge needs to look at reliability. Has it been tested? Is it possible to come up with an error rate? Even fairly sophisticated science is not foolproof.”