Although I have spent my entire career as an executive, consultant, or trainer in the world of business, I find many of my ideas come from reading books that have little or nothing to do with business but that provide a much needed different perspective that enhances and rejuvenates my work-related activities. I think this is driven primarily by my undergraduate degree experience in the Arts and Science Program at McMaster in the early ‘80s. Here then, are three favorite non business books that can help generate insights in and for your business career. 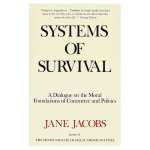 Systems of Survival by Jane Jacobs

Jacobs is a great writer and perhaps her best known work is The Death and Life of Great American Cities, but another of her books, Systems of Survival (1992) speaks to an issue increasing crucial in today’s business and non-business world, namely, the existence of two different paradigms and value systems in society, the Commercial Syndrome — what many might call the private sector approach to running things — and the Guardian Syndrome, a paradigm that one might liken to workings of a Kingship, Mafia, or tribal system.

The Commercial approach is rational, based on legally-based contracts, and is focused on investment, efficiency, and transactional relationships with strangers. The Guardian mindset is wary of strangers, those not of the “family” or tribe, adheres to tradition over efficiency and innovation, and is oriented to honour and loyalty.

Jacobs illustrates how an inappropriate application of Guardian principles in the Commercial realm or the other way around leads to “monstrous hybrids.” Given that we in developed nations are largely operating with the idea that the Commercial or private sector approach is “better”, her book is a timely reminder of the dangers of applying the Commercial paradigm in areas that operate under the precepts of the Guardian syndrome and vice versa.

The Visual Display of Quantitative Information by Edward Tufte

One of the first and arguably the best and most influential book about how to efficiently and effectively use graphics to convey a large quantity of information accurately and in ways that generates new insights, Tufte’s book grows in relevance and importance with each passing year as the mass of data (also known as “Big Data”) continues to grow, increasing the need in business (and government) for ways to glean undistorted insight from the torrent of data. 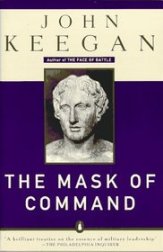 The Mask of Command by John Keegan

Sir John Keegan has written many books on the nature of warfare and specific conflicts. This book, published in 1987, is one of my picks because so often military analogies and generalship is used to illustrate great business leadership and strategy. This book delves into the many faces of military command and by doing so, illustrates how superficial and sometimes misleading is the use of the military commander as metaphor for business commander. For example, Keegan illustrates the changing nature of leadership from Alexander the Great (heroic leadership) through to The Duke of Wellington (the anti-hero), Ulysses S. Grant (unheroic) and finally Hitler (false heroic leadership) as driven by the progression and changes in technology and societal factors.