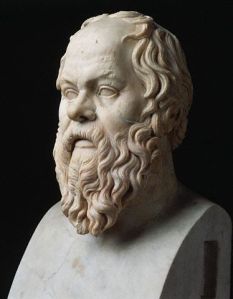 The business books section of both online stores and those few remaining brick-and-mortar types often have out-sized selections, especially the book and magazine stores found in almost every airport, especially those with long-haul flights. Many business books are large bricks that probably could have made their points in about 12 pages but are padded-out to fill 278 pages to make the ideas seem more weighty and the research more impressive. In many cases there is no real expectation that anyone will read the book at all; some refer to them as 1 pound business cards, something handed out at meetings and conferences to impress potential clients.

Your correspondent does not think these books, or their authors, are doing anything wrong. Indeed many books contain gems of useful ideas and are often written with sincere intentions and with a great deal of hard work. Besides, there’s nothing wrong with producing a book that also serves to drum-up a little business; we all need to pay the bills.

But what books might provide business leaders and managers with ideas that might make a tangible impact on the quality of business? This blog has asserted in the past that books from other disciplines are often the best sources of ideas that might improve organizations and make the people running them more effective (please see “An Arts and Science Approach to Business Part 1” and “An Arts and Science Approach to Business Part 2“). The Schumpeter section of The Economist proposed an interesting idea: rather than engaging in rope climbing exercises or discussing the latest business management framework or buzzword, senior leaders of organizations ought to study and discuss the great books across the ages. They wrote:

It is hard to rise to the top in business without doing an outward-bound course. You spend a precious weekend in sweaty activity—kayaking, climbing, abseiling and the like. You endure lectures on testing character and building trust. And then you scarper home as fast as you can. These strange rituals may produce a few war stories to be told over a drink. But in general they do nothing more than enrich the companies that arrange them.

It is time to replace this rite of managerial passage with something much more powerful: inward-bound courses. Rather than grappling with nature, business leaders would grapple with big ideas. Rather than proving their leadership abilities by leading people across a ravine, they would do so by leading them across an intellectual chasm. The format would be simple. A handful of future leaders would gather in an isolated hotel and devote themselves to studying great books. They would be deprived of electronic distractions. During the day a tutor would ensure their noses stay in their tomes; in the evening the inward-bounders would be encouraged to relate what they had read to their lives.

Surely high-flyers are decision-makers rather than cogitators? And surely they do not have time to spend on idle thought? However, a surprising number of American CEOs studied philosophy at university. Reid Hoffman, one of the founders of LinkedIn, was a philosophy postgraduate at Oxford University and briefly contemplated becoming an academic before choosing the life of a billionaire instead. Anyway, executives clearly have enough time on their hands to attend gabfests such as Davos, where they do little more than recycle corporate clichés about “stakeholders” and “sustainability”. Surely they have enough time for real thinkers.

Inward-bound courses would do wonders for “thought leadership”. There are good reasons why the business world is so preoccupied by that notion at the moment: the only way to prevent your products from being commoditised or your markets from being disrupted is to think further ahead than your competitors. But companies that pose as thought leaders are often “thought laggards”: risk analysts who recycle yesterday’s newspapers, and management consultants who champion yesterday’s successes just as they are about to go out of business.

The only way to become a real thought leader is to ignore all this noise and listen to a few great thinkers. You will learn far more about leadership from reading Thucydides’s hymn to Pericles than you will from a thousand leadership experts. You will learn far more about doing business in China from reading Confucius than by listening to “culture consultants”. Peter Drucker remained top dog among management gurus for 50 years not because he attended more conferences but because he marinated his mind in great books: for example, he wrote about business alliances with reference to marriage alliances in Jane Austen.

Business Insider has some interesting reading lists of well-known business people. For example, they have a list of the books Steve Jobs held in high regard: