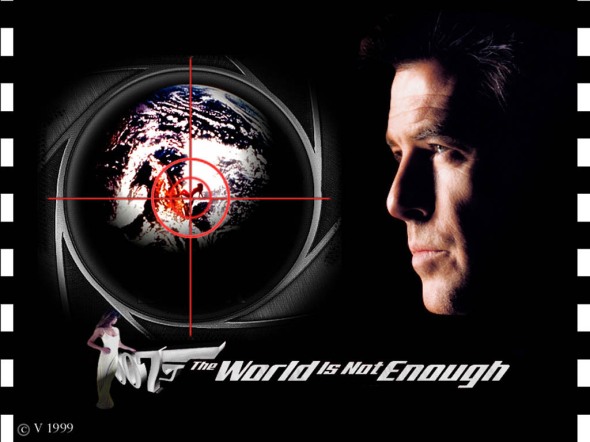 Many gurus, consultants, and authors put forth a variety of theories, frameworks and methodologies to explain — and usually for a fee to help your organization achieve — above average organizational performance. Sometimes these theories are based on data (and sometimes on very thin evidence); the leaders of a major research project are attempting to assemble one of the larger and more reliable data bases of management practices and their results in order to see what, if any, common traits better performing organizations possess than the also-rans.

The World Management Survey is now in its 10th year and has surveyed more than 10,000 organizations across 20 countries. In their overview The Economist wrote:

Management is one of the most successful industries of the past century. In 1914 it was a mere infant. The Harvard Business School (HBS) was just six years old. Management literature consisted of Frederick Taylor’s “The Principles of Scientific Management” (1911) and a few other scraps. Today it is a loud-mouthed adult. A quarter of American graduate students study business. Some of the world’s most profitable businesses peddle the modern equivalent of Taylor’s “Principles”.

But does management deserve its current elevated status? Or is it just a jargon-spouting con-trick? There is no shortage of sceptics. Matthew Stewart, a former management consultant, has written a book on “The Management Myth”. Philip Delves Broughton, an HBS alumnus, calls his fellow MBAs “masters of the apocalypse”. This columnist co-wrote a book on management gurus called “The Witch Doctors”. Other critics argue that there is no such thing as “good management”—everything depends on context—or that it is impossible to measure how much difference something as nebulous as management makes.

For the past decade a group of economists, including Nicholas Bloom of Stanford University and John Van Reenen of the London School of Economics, have been trying to bring some rigour to the argument. They have focused on three commonly accepted management techniques—setting targets, rewarding performance and measuring results—and studied the performance of more than 10,000 organisations in 20 countries in the light of how well they implement these techniques. They have employed about 150 researchers and rigorous econometric methods to guarantee the robustness of their results. Their study is still a work in progress. But it nevertheless promises to be nothing less than the Domesday Book of the management age.

The economists conclude that good management is indeed tightly linked to improved corporate performance, measured in terms of productivity, profitability, growth and survival. Good management is more like a technology than merely an adjustment to circumstances. Certain successful management practices can be applied to many horses on many courses. Some of these are eternal, such as rewarding merit. Some are genuine innovations, such as the quality movement founded by W. Edwards Deming after the second world war.

In some respects Messrs Bloom and company’s findings uphold conventional wisdom. America has the best-managed companies overall, followed by places like Germany and Japan. Rich-world laggards like Portugal and Greece, and big emerging markets, have a long tail of badly run firms. Big multinationals have the highest management scores, and public-sector bodies and firms run by their founders or their offspring have the lowest.

However, the researchers have put some hard figures on these common assumptions: they estimate that management accounts for roughly a quarter of the 30% productivity gap between America and Europe; so prophets of America’s demise need to reckon with the size of its managerial superiority. They find that China’s tail of poorly run firms is a lot shorter than India’s or Brazil’s. Britain’s abnormally large number of poorly managed companies is in part the result of its tradition of primogeniture.

The findings have been subjected to two experiments. The first was accidental: when the 2007-08 financial crisis struck, in the worst-affected industries those businesses that implemented the “correct” management techniques properly did indeed fare better than the rest. The second was deliberate: the economists provided free management advice to a randomly chosen group of Indian textile plants and compared their performance with that of a set of control plants. A year later, those that implemented their advice had improved their relative productivity by 17%.

The researchers also made use of a mammoth survey by the US Census Bureau of management practices in more than 30,000 American factories. Again they found that their three chosen management techniques were tightly linked to superior performance. They found that companies in the South and Midwest are better managed than those in the West and the Northeast. They also found that American management improved markedly between 2005 and 2010, particularly in data collection and analysis.

Why do good management practices spread in some areas and not in others? The economists have a simple answer: the quality of management seems to be clearly related to the competitiveness of the markets businesses operate in. That is why American firms are especially well-managed: the country’s competitive business climate drives out badly run firms and rewards well-run ones. Multinationals that must cope with a wide variety of competitors tend to be well-run; public-sector firms, and family firms with strong political protection, do not.

For performance improvement practitioners, what the surveys found as the differentiating factors is of no big surprise. But on the other hand, the depth and breadth of the data base adds the necessary data to help bolster the case for change. The three factors the surveys focused on were:

Adopting effective operations management approaches. How well have firms implemented manufacturing management systems that are generally regarded by academics and consultants as best practice? “Lean Manufacturing” is generally regarded as the most effective management system. Based on the production methods developed by Toyota, but applicable beyond the automotive industry, Lean Manufacturing achieves highly efficient production through a relentless drive to reduce waste of time and materials. It is characterized by an ethos of continuous improvement backed by close tracking of the operation to identify problems and improvement opportunities.

Do firms’ management teams set realistic stretch targets, monitor performance against these targets, and take corrective action when necessary? Effective management in this area means that companies are finding the right balance of targets to aspire to for maximum achievable performance. Setting targets too low means under performance; setting them too high will discourage improvements by workers and managers. Effective management also means determining how to measure performance and to follow through with actions when targets are not met.

Are companies promoting and rewarding employees based on performance, and systematically trying to hire and keep their best employees? The cliché that people are a firm’s most important asset is true. Skilled workers and effective people management together are an important element of productivity in firms and across the economy. Well managed firms are able to attract and retain their top talent through effective reward and incentive programs. They also deal effectively with problem performers.