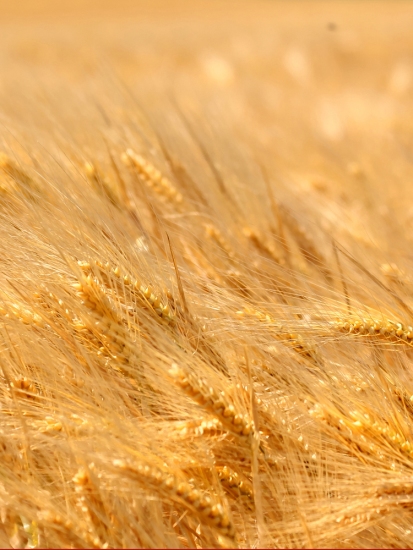 At the moment bread is either some sort of radioactive substance (note how many people eat the insides of sandwiches but leave the bread untouched) to avoid at all costs or it is an awesome experience worth seeking out at high-end restaurants, food trucks, and everything in between. Most often the bread that is devoured is part of a juicy concoction consisting of pulled meat of some type (pork, brisket etc.) or some other incredibly savory meat (often smoked and or with a “killer” sauce) and a whole host of cheeses, mustards, homemade   etc. In other words, bread is either a dietary villain (see “Wheat Belly“) or it is an indispensable part of the foodie experience. Of course large parts of the population are not angst-ridden about eating bread; lots of people seem to eat toast, sandwiches, hot dogs, and hamburgers without turning into zombies.

This Jekyll and Hyde nature of bread is interesting not just as a personal dietary choice, but as an example of how irrational consumer behavior is and the difficulties and opportunities for businesses and entrepreneurs. For example in a previous post about the Panera, a fast casual restaurant, we read about it phenomenal growth rates; another successful business centered around bread is Toast Box, part of the Bread Talk Group. Yet as the CBC reported in several pieces, including “Why are we waging a war on wheat? Books, blogs and celebrities touting the ills of this ubiquitous grain,” Andre Mayer wrote that

there is a growing movement afoot to demonize one of the staples of the Canadian harvest: wheat. An increasing number of books, blogs and celebrities have fingered wheat as the cause of a variety of conditions, from obesity to heart disease, as well as a host of digestive problems. One of the most talked-about health books right now is Wheat Belly: Lose the Wheat, Lose the Weight and Find Your Path Back to Health, a New York Times bestseller by U.S. cardiologist Dr. William Davis…The antipathy to wheat is partly attributable to a growing awareness of celiac disease, an autoimmune condition that affects approximately one in every 133 people in Canada. Celiac disease occurs when the small intestine is unable to properly digest gluten, a protein that appears in wheat as well as other grains such as barley, rye and spelt.

The term gluten-free has come to have positive connotations. “It’s perceived as better-quality food, and it’s perceived as healthier and better for your family,” Newell says, likening it to kosher food, which enjoys a similarly positive brand identification. Nutritionists agree, however, that gluten-free eating is not inherently healthier. Many of the ingredients that are substituted for wheat – such as rice flour or potato starch – are just as rich in carbohydrates. Davis, too, is wary of people quitting wheat only to embrace gluten-free foods, “which send your blood sugar and insulin sky-high, even more so than wheat.”

Amusingly and not surprisingly in our reality-T.V., celebrity obsessed era, the ubiquitous Kardashians are among the most visible proponents of the gluten-free, no wheat trend:

Two of the higher-profile proponents of a gluten-free diet are Kim Kardashian and pop singer Miley Cyrus. In May, Kardashian posted a flattering picture of herself in black lingerie online as proof of the wonders of a GF diet. However, celebrity-watchers pointed out that the picture was actually two years old, before she’d gone on the diet.

Yet others are blissfully ignoring or exist in a parallel universe where bread is not radioactive. An example is a new entrepreneurial venture in Toronto, Via Cibo, a food business that is aiming for a tough but potentially lucrative market: scratch-made artisanal Italian-inspired sandwiches that are priced higher than a commodity sandwich but with self-serve aspects to lower operating costs but in a more pleasant set of surroundings than a food court.  Tony Wong in a lengthy piece in the Toronto Star wrote:

How do you make a $3 million dollar sandwich?

Start with the right bread, a bespoke combination of a hearty Italian Calabrese with the softness of a Portuguese-inspired bun. Add slow braised veal shanks. Smother with creamy Fontina cheese. Drizzle with roasted garlic and caramelized onions. Serve.

The Osso Buco sandwich sold in a North York strip mall isn’t typical fast-food fare. But then Via Cibo (http://www.viacibo.com/) isn’t your typical quick service joint. Most of the ingredients are prepared from scratch. The counters are made of white Carrara marble, the chairs of walnut veneer. It’s not some overpriced bar, either: You take your Tuscan kale salad with warm marinated olives and red wine to your table yourself — there are no wait staff. And the pop is self-serve — although it’s from the spigot of a chromed tap that would not be out-of-place in an Armani Casa showroom.

“Italian food in Toronto is either very high-end or very low-end; there’s nothing in between,” says Alex Rechichi, president and CEO of Extreme Brandz, the company behind Via Cibo. Rechichi’s trying to stake out the middle ground with this sandwich, which sells for $12 and may well be the best you can buy in Toronto. But perhaps it should be, since it cost him close to $3 million dollars in development costs to make.

Launching Via Cibo is a gamble. The food services industry has one of the highest failure rates for new start-ups in North America. Research indicates 60 per cent of restaurants fail within the first three years. According to the Canadian Restaurant and Foodservices Association, Canadians spent about $65 billion on restaurants in 2012. The organization expects that to grow by 3.9 per cent in 2013. The vast bulk of that is spent in fast food chains such as Tim Hortons or Wendy’s.

Rechichi, however, hopes to exploit another category: The industry calls it “fast casual.” It provides quality food and a sit-down experience at slightly more than fast-food pricing, without the wait staff or tipping.  Americans are ahead of the curve. It’s the fastest-growing segment of the fast-food industry in the U.S. If you’ve ever eaten in a Canadian location of Panera Bread or Chipotle Mexican Grill, you’ve experienced fast-casual dining. Even fast-food franchises such as McDonald’s have gone upscale, offering better coffee, free Wi-Fi and stylish interiors.

Via Cibo is one of the first Canadian-made entrants into the burgeoning fast casual category. And the idea is deceptively simple. It started with a trip to Italy in the spring of 2011, to Rechichi’s roots. Why, he wondered, was it so easy to get an artisanal sandwich there, and so difficult in Toronto? “In Italy, you’re surrounded by sandwich makers who are making this incredible, homemade stuff, but you can’t get that here,” says Rechichi. “It doesn’t matter if it’s a high-end place or on the street. People expect good food.”

“Italian food is probably the most competitive food segment to go after, so nothing is guaranteed,” says Toronto food consultant Jeff Hermson. “You really have to offer something different that people will make the trip for if you’re going to succeed in this market.”

There is also considerable consumer resistance to pricing above $10, says Michael Glen, an analyst with Laurentian Bank Securities who covers the food sector. “That’s a tough level psychologically for many consumers to pay for lunch. You can get a Subway foot long for five bucks and change, so if you’re charging $12 for a sandwich it better be good,” says Glen. “If you’re just making a regular product and charging a premium for branding then you won’t last long.”

Rechichi was certainly trying to think different. He was fixated on the Emilia-Romagna region of Northern Italy, a bastion of the slow food, farm to table movement. On his trip to Italy, he fell in love with a thin flatbread called Piadina. Made with flour, olive oil, salt and water, it was sold everywhere. He knew immediately that this would have to be made fresh in the restaurant daily. He also wanted items that you wouldn’t find on the menu at many restaurants. But how far could he push fast casual? The meals would have to be able to be reproduced in hundreds of potential locations.

Personally, I eat bread, pasta and all the other “evils.” If I don’t eat them it’s because they are not well-made. We follow Mr. Rechichi’s business efforts with interest.