Are You Useless at Fractions?

As someone who regularly uses basic mathematics and statistics for my own work and who also coaches others in their practical application, I am frequently amazed, shocked, and dismayed by the lack of basic math skills in the general population. It even shows up in process improvement professionals and Lean Six Sigma Black Belts. 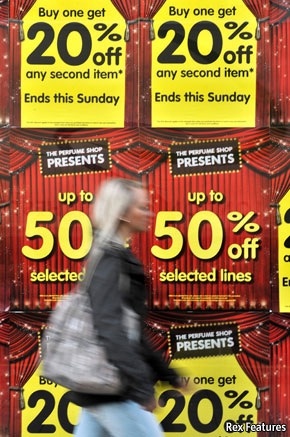 It was a topic of a previous post (Too many teachers can’t do math, let alone teach it) and yet another example caught my eye in a recent edition of The Economist titled “The Psychology of Discounting: How Marketers Can Take Advantage of Consumers’ innumeracy:”

When retailers want to entice customers to buy a particular product, they typically offer it at a discount. According to a new study to be published in the Journal of Marketing, they are missing a trick.

A team of researchers, led by Akshay Rao of the University of Minnesota’s Carlson School of Management, looked at consumers’ attitudes to discounting. Shoppers, they found, much prefer getting something extra free to getting something cheaper. The main reason is that most people are useless at fractions.

Consumers often struggle to realise, for example, that a 50% increase in quantity is the same as a 33% discount in price. They overwhelmingly assume the former is better value. In an experiment, the researchers sold 73% more hand lotion when it was offered in a bonus pack than when it carried an equivalent discount (even after all other effects, such as a desire to stockpile, were controlled for).

This numerical blind spot remains even when the deal clearly favours the discounted product. In another experiment, this time on his undergraduates, Mr Rao offered two deals on loose coffee beans: 33% extra free or 33% off the price. The discount is by far the better proposition, but the supposedly clever students viewed them as equivalent.

Studies have shown other ways in which retailers can exploit consumers’ innumeracy. One is to befuddle them with double discounting. People are more likely to see a bargain in a product that has been reduced by 20%, and then by an additional 25%, than one which has been subject to an equivalent, one-off, 40% reduction.

Marketing types can draw lessons beyond just pricing, says Mr Rao. When advertising a new car’s efficiency, for example, it is more convincing to talk about the number of extra miles per gallon it does, rather than the equivalent percentage fall in fuel consumption.

There may be lessons for regulators too. Even well-educated shoppers are easily foxed. Sending everyone back to school for maths refresher-courses seems out of the question. But more prominently displayed unit prices in shops and advertisements would be a great help.

Is it a bargain?