A Story of Change Management and Psychology: The Zipper Traffic Merge 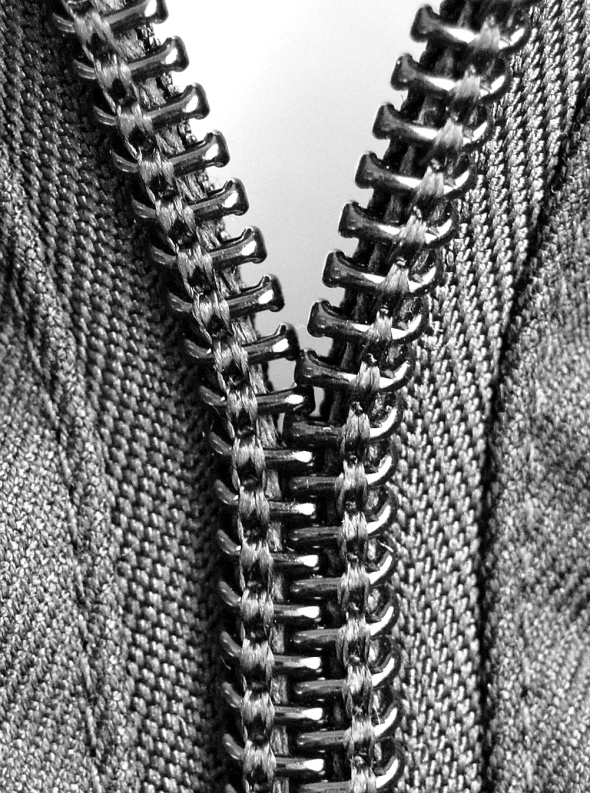 This is a great story for those interested in the psychology and challenge of change management. It involves something called the “zipper merge.” The zipper approach to traffic merging refers to the situation where two lanes reduce down to one lane and the volume of traffic is high:

Computer simulation models and, perhaps more important, real-life application has proven the zipper approach is superior but — and here’s where the psychology and change management come in — places that have implemented the approach have also struggled to have drivers “get it” and to consistently follow the approach. Consistency is key here because if a driver doesn’t get it then road safety (and sanity) are at risk.

An example is the Minnesota Department of Transportation that has actively promoted the zipper merge for several years. But in a story in June 2016 in Wired magazine, titled “Nice Minnesotans Don’t Get the Cruelly Efficient Zipper Merge,” the author noted:

One study after another proves the “zipper merge” is the best way to move cars from two lanes into one. Except in Minnesota, where people might be a bit too polite.

The idea behind the move is simple: If the right lane ends ahead, don’t move left as soon as you see an open spot. Hold off and make the shift at the last minute. It might seem rude, but it’s far more efficient in congested traffic. So efficient that the Germans, who of course practice it almost flawlessly, have a name for it: Reißverschlusssystem, or “zipper system.”

But Minnesota isn’t full of famously efficient Germans. It’s full of famously courteous Minnesotans, who don’t want to make anyone mad. The backups got so bad that the state’s Department of Transportation is teaching 3.3 million people how to merge.

The zipper merge cuts congestion by 40 percent, Minnesota officials say. It reduces the likelihood of crashes because everyone’s moving at the same speed, which is better than seeing a lane of slowpokes alongside a lane of leadfoots zipping past. But it hasn’t fully caught on in the Land of 10,000 Lakes, providing a lesson to Kansas and other states now trying to make merging moments more efficient.

Part of the problem is awareness. Not many states vocally encourage the zipper merge, so every newcomer has to learn the rules. But the other half is guilt and fear. “I don’t know if it’s a Minnesota thing, or an education thing, but people just do NOT zipper merge,” one sad driver wrote on a recent DOT survey. “And they get irate at the people who do. Seems that the choice is to either sit in line like a lemming, or do the zipper merge and endure the wrath of those who have been sitting in the line.” Another wrote, “Maybe it just feels wrong? I feel guilty about passing all those people and merging at the end.”

That’s a problem, because the zipper only works when everyone buys in. A single indignant driver blocking “late” mergers slows everyone down. DOT engineer Ken Johnson says the state has seen problems with “self-appointed traffic cops” who straddle lanes to ensure there’s no cutting.

The state had quietly promoted the zipper merge for nearly a decade before it decided to stage a full-out media blitz. In 2011, to convince nice drivers to do the efficient thing, Minnesota started peppering highways with billboards and instructive signs. It ran PSAs on the local news. It made YouTube videos. It claimed dothezippermerge.org and filled it with how-to’s.

It also cheated a bit, moving the “left lane closed ahead” signs closer to the closure. It made signs that say “begin merge, take turns,” right where it’s supposed to happen. That at least gets rid of any remaining confusion, liberating drivers who know to hold off merging from the guilt that comes with passing those who’ve already changed lanes. “People would prefer to merge late as long as they are given permission to do so by good signage,” says Leon James, a traffic psychologist with the University of Hawaii.

The effort worked, sorta. The Minnesota DOT’s latest survey, from 2012, found that 73 percent of drivers believe the zipper merge is a good idea, though it has no numbers on how that translates to actual driving. Another small survey found that after years of outreach, 49 percent of Minnesotans were at least “somewhat uncomfortable” zipper merging. In 2013, the Star Tribune noted the zipper is “still [a] tough sell for Minnesota drivers.”

“Unless something changes soon, the zipper merge is going to be this century’s conversion to the metric system in the 70s,” Minnesota Public Radio’s Bob Collins has written. “Great idea, made perfect sense, and was dead on arrival.”

Don’t give up hope just yet. Washington and Missouri have officially endorsed the zipper merge, and Kansas is gearing up to implement the move later this month. Yeah, the state is worried that Kansans will go all Minnesotan, says Kristi Ericksen, a DOT engineer. But the agency has already started its own social media campaign, complete with two wisecracking traffic cones. (“Zipper merge? I don’t have a zipper!”)

And there’s another promising figure, this one from Minnesota: That small 2013 survey found that 45 percent of drivers 25 to 34 are comfortable with the zipper merge, compared to just eight percent of seniors. The late merge has been incorporated into the state driver’s manual taught to beginning drivers, so even more excellent mergers are on the way. The future of driving, in Minnesota and Kansas and everywhere else, just might zip along.

Take note that Minnesota has been trying to implement the zipper merge for over 10 years. Signs instructing drivers to “Use Both Lanes,” to “Merge at the End,” to “Merge Here” (with a big arrow pointing at the spot) and to “Alternate” does not seem to have penetrated everyone’s skull. If you go to YouTube one can find tons of videos of outraged drivers who don’t understand the zipper merge and suffer road rage when other drivers try to follow the zipper merge rules in places like Illinois.