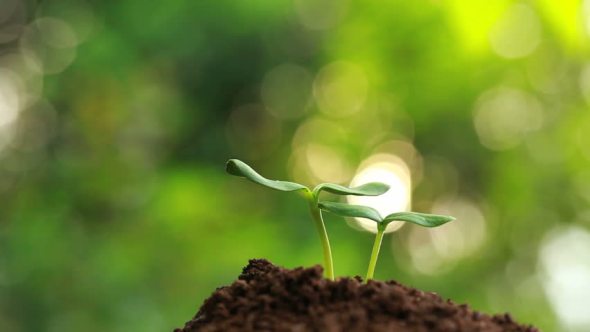 “Lean” is the term that was used by Jim Womack, Dan Jones and their colleagues to introduce the philosophy of the Toyota Production System to Western businesses in the late 1980s. One of the most important elements was the idea of eliminating waste, as in the waste of energy, materials, movement, working capital or human potential.

In this post I’d like to try to connect the dots on some news items of the past few weeks to make a case for what a lean consumer economy might look like if we took the idea of minimizing waste from a single company to our entire consumer economy.

I struggled with the title “A Lean Economy.” “Lean” is the name in common use for the Toyota philosophy but usually has a negative connotation when applied to things like community and society. The word often implies scarcity (as in “the lean years”) or meanness. For me “Lean” that stands for flow, balance, lack of waste and quality in all things.

Of Shoes and Cobblers

I’ve noticed in the past couple of years some small shops opening up focused on show repair and custom footwear. One might view this as yet another hipster trend but in studying these businesses and their customers there is more to this than an affectation.

The prices, to start, are higher for hand-made shoes than for those mass-produced. But there is a segment of customers willing to pay more for better-made shoes that actually last a lifetime. This idea completely upends a century-old model of consumerism based on obsolescence.

One way to have a Lean shoe design and production process is to design a process that could design and deliver a custom shoe quickly and with little waste by using high-tech foot scanning as well as 3D printing and other advanced manufacturing technologies.

But these business models remain based on the assumption of driving costs lower and lower through automation and de-skilling of labor as well as obsolescence through a fashion cycle that drives a high-rate of re-purchases regardless of whether the shoe itself has worn out.

But another way to think of a Lean shoe design and production process is a custom process designed to make a shoe that lasts for decades with routine maintenance and repair. Waste and cost to the consumer is reduced through the total life-cycle of the item. There is also the collateral benefit of employing skilled craftspeople to make and service the footwear.

Interestingly, there is an emerging high-tech assistance to traditional cobblers. A company called Design Italian Shoes (DIS) developed a system that scans the feet of customers and sends the data to shoe artisans in Le Marche in eastern Italy where a cobbler selects a last (a solid block of wood carved into the shape of a human foot) of a size and shape to match the scanned foot. They use these lasts to shape and cut the pieces of leather that form the shoe.

I think this blend of digital automation and human input will become increasingly common as businesses realize that full automation is often not the best approach.

The clothing industry in general is wasteful. Vast amounts of clothing are produced months ahead of time due to long lead times. With some exceptions, most companies “push” items onto their shelves in hopes they sell rather than in response to the “pull” of actual customer demand. But even in the few cases where companies reduce the amount of inventory there is still the waste of clothing that wears-out quickly due to low-cost materials and methods.

Much of what we purchase is designed and made to last for only a few weeks and a handful of uses. As a result vast quantities of clothing floods markets as discounted goods; many end up in landfills.

More often, however, it is not wear that consigns clothes to the back of closets or into the garbage. The current consumer economy, including its Instagram avatar, is based on new stuff. In order to feed Instagram’s rewarding of novelty, influencers need a constant stream of new stuff to keep followers interested.

In their article, “Fashion must fight the scourge of dumped clothing clogging landfills,” The Guardian wrote:

According to a recent report from Wrap (the Waste and Resources Action Programme), the average piece of clothing in the UK lasts for 3.3 years before being discarded. Other research puts the lifespan of UK garments at 2.2 years. For a younger demographic, you can probably halve that. A UK-based fashion company tells its buyers to remember that a dress will stay in the owner’s wardrobe for only five weeks.

The way we get dressed now has virtually nothing in common with the behaviour of previous generations, for whom one garment could be worn for decades. Wrap estimates that we purchased 1.13m tonnes of new clothing last year in the UK. While an estimated £30bn-worth hangs about gathering dust – Tinie Tempah’s refrain “I have so many clothes, I keep some at my aunt’s house” was spot on – an unpalatable quantity goes in the bin. A survey commissioned by Sainsbury’s last spring found that 235m items ended up on landfill sites as people readied their wardrobes for summer. Surely we can do better than this?

Globally, levels of production and consumption are forecast to increase as fashion waste becomes an environmental crisis to rival plastic pollution in oceans. This is a tale of over-production and supply, powered by the relentless “fast fashion” system of production that over the past three decades has revolutionised both the way we dress and the way clothing is produced – and not often for the better.

Much of the waste in the fashion industry is hidden along a chaotic supply chain and doesn’t make it into the environmental accounting that underpins a Wrap report. Perhaps the worst of it comes in the form of ready-made garments, assembled and sewn but discarded because of an order mistake or an issue with the colour. According to industry insiders, this waste represents 3-5% of every factory’s inventory (and a large factory in Dhaka can produce 240m pieces a year).

We might think that recycling unwanted clothing inventory and used items could reduce waste, but the nature of clothing — the complicated mix of materials, some of which are plastic, some natural fibres and the problem of dyes — makes large-scale clothing recycling difficult.

Even sending over-stock and “gently used” clothing to charities is not much of a solution. The immense tide of items swamps the ability of thrift shops of sort, store and display it all. At one point such clothing was sent overseas to places like Rwanda where they were sold for local use. But there is growing resistance to these imports by local businesses who would like to make and sell locally made product.

In an article in The Economist, “Worn Out,” they observe that

Second-hand imports now dominate African markets. Researchers at the Overseas Development Institute, a British think-tank, reckon that Tanzania imports 540m used items of clothing and 180m new ones each year, while producing fewer than 20m itself. African manufacturing is weak for many reasons, from clumsy privatisations to crumbling infrastructure. But second-hand imports are a major culprit, according to a paper in 2008 by Garth Frazer of the University of Toronto. He estimated that they accounted for half of the fall in employment making apparel in Africa between 1981 and 2000.

The idea of renting rather than owning things is already established. For example paying for cars by the hour a la CarShare or Cars2Go. Some neighborhoods, condos and apartments have set up “libraries” of tools, sporting goods and other items that residents can check out, use and check back in. Traditional libraries are branching out into lending things other than books, such as tools or musical instruments.

A number of startups are renting out clothing by the day and hour. For example the company Rent the Runway based in New York rents out clothes, handbags and jewellery. It has the world’s largest dry-cleaning operation under one roof, processing 2,000 items per hour.

One possible use of self-driving vehicles and aerial drones is the facilitation of moving rented items back and forth between renters and rentees. A rental-based retail economy could provide an even greater ability to access new and novel things without having to buy, store and then discard lots of stuff.

In 2005, Jim Womack and Dan Jones, the authors who did the most to popularize the Toyota concepts in western economies, wrote an article for the Harvard Business Review titled “Lean Consumption.” In it, they made the case that companies need to not only produce goods and services using lean processes, they need to deliver and provide these things in ways that reduces the time wasted by consumers, provides what they want where and when they want it.

Their article is still highly relevant but in my thinking it stops short of the idea of meeting needs through a dramatic reduction of the amount of stuff initially produced through extended lifespan of items, augmented by a rental economy.

I also think that in some areas the nature of the work could change for the better. For example a friend changed careers a couple of years ago and is apprenticing as a cobbler. He finds tremendous satisfaction in creating beautiful, very well-made items that people love to use.

The tide of automation will not stop. But there are interesting possibilities for a blend of high-tech and human-based craft in many areas if we pursue the idea of maximizing the value realized not only from all the materials we use but also from human potential.

Before we devote tremendous amounts of energy and ingenuity into recycling things, we should first innovate on reducing the amount of things created and reusing stuff in order to reduce overall waste. It might also spur design thinking that is more enduring and perhaps some room for human craft.