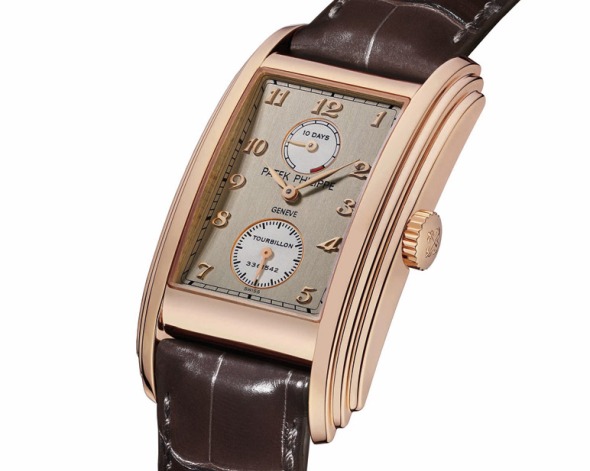 Your correspondent wears a wrist watch, which is less common than I thought because, apparently, many people prefer to tell time from their phones (which never leave their hands). I also like fountain pens, books made of paper, and vinyl recordings. But it seems that there is a small but growing (and profitable) niche for “heritage goods.” Writes the Economist

…look at the air more closely and you can see some strange objects floating around: Swiss watches, Montblanc fountain pens, Harris Tweed jackets, Folio Society books and old-fashioned sailing boats. Management gurus may tell people to bow down before the great god of disruptive innovation. But some companies are cheerfully doing the opposite—preserving or resuscitating traditional technologies and business models.

Ryan Raffaelli, of Harvard Business School, has examined these examples of “re-emergent technologies” in detail. The most striking example is the Swiss mechanical-watch industry. In the 1970s it was almost washed away by a tide of cheaper and more accurate digital watches. Today the industry is more successful than ever, providing the country’s largest source of exports after pharmaceuticals and machinery, and the engine of its revival is the old-fashioned wind-up watch.

There are plenty of other examples of re-emergent technologies. Sales of fountain pens collapsed in the 1950s with the arrival of cheap ballpoints; since the mid-1970s they have enjoyed a steady revival. Trams looked destined to become nothing more than tourist attractions in proudly quaint cities such as San Francisco and New Orleans (where you can still take a Streetcar Named Desire). But 30 American cities have either installed new tram systems or have plans to do so. They are even coming to two cities which did their best to bury them in the early 20th century, Detroit and Los Angeles. Sales of vinyl LPs in the United States have increased from almost nothing in 1993 to more than 6m in 2013.

How do businesses go about reviving old technologies in the face of so much innovation? Mr Raffaelli argues that the key to success lies in redefining the product’s value and meaning. Swiss watchmakers redefined their products as status goods rather than a means of telling the time. That they are so much harder to make than digital watches added immeasurably to their desirability. Independent booksellers are redefining themselves as communities where people who care about books meet and socialise.

However, while peddling their traditions and reassuring customers and craftsmen that they are holding true to them, revival businesses also need to be willing to change. Nicolas Hayek and Ernst Thomke saved the Swiss watch industry from impending death by applying a succession of electric shocks. In a series of deals they brought together a bunch of ailing businesses into the mighty Swatch Group, whose sales last year reached SFr8.8 billion ($9.5 billion). They fought back against cheap digital watches by first redefining Swiss watches as fashion items, with Swatches, and then redefining them as luxury items, with brands such as Breguet, Blancpain and Omega which sell watches for six-figure sums. Politics & Prose, a thriving independent bookshop in Washington, DC, is remodelling itself as a factory as well as a café-cum-lecture hall, installing a printing press for customers to print their e-books. Revival industries need to be willing to take tough decisions: for example, sacrificing market share to new entrants while holding firm on price. They also have to be ready to reorientate themselves to new markets: the Chinese have proved enthusiastic buyers of Western heritage goods.

People do not just buy something because it provides the most efficient solution to a problem. They buy it because it provides aesthetic satisfaction—a beautiful book, for example, or a perfectly made shirt—or because it makes them feel good about themselves. This suggests a paradox: the more that disruptive innovations like the internet boost the overall productivity of the economy, the more room there will be for old-fashioned industries that focus on quality rather than quantity and heritage rather than novelty. Sometimes the best way forward is backwards.

As process professionals we need to take care in understanding the voice of the customer (VOC). Sometimes people don’t know what they want; sometimes they tell you what they think is a more socially acceptable answer; sometimes we hear what we want to hear and “lead the witness.”

In addition, we may find that even as certain things become more automated, digitized and virtual relying on data and an “Internet of Things,” that those same customers that prize a seamless digital experience might also want in the very same instant things and services that are staunchly personal, analog, and physical. It is also possible that as some things, through digitization, face shrinking margins, so-called “heritage” services and goods might command bigger margins (I can personally vouch for the prices jazz fans are willing to pay for a vinyl album as compared to an iTunes download).

Ignore Apple Inc’s Watch, the digital timepiece launched this week…if you are a consumer technology watcher, the news is not the launch of yet another communication gizmo. The real story is the steady decline in sales at iTunes and the weird explosion of interest in the niche market for vinyl records.

Downloading is dwindling; as a means of consuming music, it has had its day and industry pundits reckon it will follow compact disks in an accelerating death spiral. Half-year figures from Nielsen show that digital album sales in the U.S. declined by 12 per cent.

Since 2007, sales in the U.S. of vinyl LPs have increased more than sixfold to six million units. The vinyl renaissance is still a niche business…but the rate of expansion is impressive and it is driven by two powerful influences. Musicians are angry about the tiny income they earn from digital music. Meanwhile, many music lovers are rejecting the sanitized, cleansed sound of digital music and are warming to the old analog world. Music is about waves, vibrations that collide with your ear drums or cause a stylus to tremble in a groove carved into a disc. Revenue from e-books was flat in 2013 while the e-book share of children’s publishing fell from 14 per cent of the total in 2012 to 11 per cent in 2013. It seems that parents and children love turning cellulose pages.

An example of the artistic avenues afforded by vinyl, rather than streaming or downloads, is Jack White’s latest recording “Lazaretto.”

The vinyl record has these features:

Arguably these items might appear extraneous to the music — after all, who cares if Side A plays from the inside out? But the point is that these are things that are open to the artist to add tactile dimensions to their work. The physical album itself becomes important and not just digital artifacts (PDF’s, jpegs etc.). As a measure of the importance of the vinyl version, the album debuted at Number One on Billboard’s Hot 200, with vinyl sales representing 29% as compared to 30% for CDs and 41% for downloads. By the way, the music is stellar.

Here is a video with Jack White explaining the features of the vinyl album: http://youtu.be/i-8B-_Jq2ro

There is another thing to consider as we ponder the fate of digital-based products and services: 30 years from now, will each of us be able to find and access the multitude of digital photos we take every month? On the other hand, we will have no problem finding and admiring the photos from the Civil War, printed on acid-free paper.