← What is Leadership?
Are “Best Company to Work For” Awards Mis-leading? →

How Many Non-Value Add Meetings Do You Attend (or Hold)?

Iain Stewart heads a major business and also, in a previous role, was a champion of a process excellence effort. In that former role, he internalized the concept of value-add and non-value add and has begun to implement for himself and his business a simple yet powerful set of criteria and decision rules around calling, running, and attending meetings.

For people in jobs that are “not at the rock-face,” that is, work that is directly involved with either creating or transforming the physical object or interacting directly with the end consumer (retail sales staff, flight attendants, call centre operators), one of the biggest uses (or abuses) of our time are meetings. First, if you don’t have a rough idea it is more than sobering to count the number of hours you spend in meetings each week, month and year. The number may shock you.

Second, and even more shocking (though not surprising) is that unless you have implemented a “meeting improvement” effort at most 10% of the meetings added value. What is the definition of a value-added meeting? Stewart summarized the criteria from a number of sources on effective meetings. A meeting is successful and adds value if the person calling the meeting does at least four things:

If you are asked to attend a meeting you should refuse to attend if the agenda and materials are not made available on a timely basis, if you are not able to perform the needed pre-work, and/or if you are not in a position to either add value to the discussion and decision or commit to action plans likely to emerge.

One of the pathologies that exists in organizations is the justification of jobs and roles by calling and attending meetings. Career prospects and performance becomes entangled with invitations to and attendance at the “right” meetings. In this universe, the right meetings or the best meetings are those who attendees are senior or more senior, where great points and observations are made that are apparently “sharp” and “insightful” but are often simply a repetition of facts and insights already well-known prior to the meeting (bonus points if someone more senior praises you on your insight), and the meeting adjourns with little or no personal commitment to work items beyond perhaps agreeing to “meet again,” vague intentions to “follow-up with you on that” or the assignment of “next steps” to the eager, junior and often overworked staffer in attendance.

In this pathology poor managerial processes and lack of managerial skills to achieve agreement, commitment, and execution through the normal discharge of our roles is masked by a dense layer of meetings that assume the form of what I often term the “kabuki theatre” of organizational politics: the ritualized, stylized meetings that create the illusion of much serious contemplation but with a thinness of substance that does not provide the return on investment we expect of other areas of business.

If a company made investments such that only 10% actually had any return at all while 90% were written off one can imagine the outcry; but essentially that is the tremendous tax placed on the most previous capital of all, our time. As Stewart observed, bad meetings break the work day into fragmented work moments, creates a sense of false urgency, and keeps us away from our actual job. But in many cases it seems, attending meetings is the “job” of a lot of people. For those just along for the ride it’s time they were not invited and that those meetings that could add value actually do so. 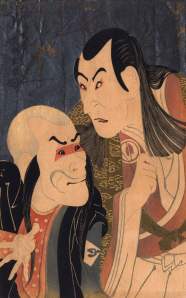 One Comment on “How Many Non-Value Add Meetings Do You Attend (or Hold)?”