← Yuckies: Young, Unwitting, Costly Kids
The Undiscovered Star in the Cubicle in the Back → 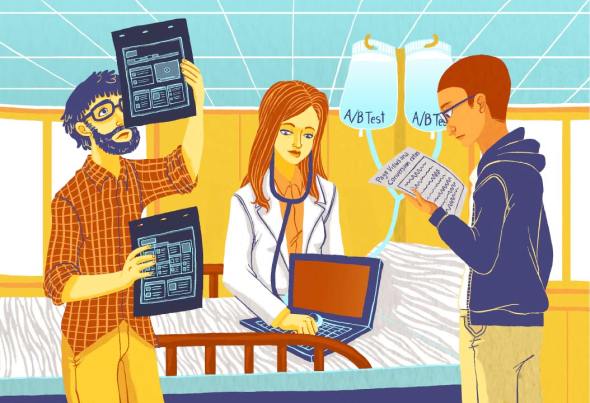 Next weekend at McGill’s Thompson House, there is an interesting event happening in Montreal called Hacking Health. According to the event website (http://www.hackinghealth.ca/#home/en), the objectives are:

Beginning the evening of February 24th and running all day February 25th, 2012, designers and developers will collaborate with doctors, nurses, clinic managers and other health professionals to rapidly prototype solutions that can be put to test in clinics and hospitals. The goal is twofold:

1. In the short-term, develop working software which can immediately improve healthcare by solving known, bite-sized problems.

2. In the long-term, nurture collaborative partnerships between technology innovators and healthcare experts.

Hacking Health is based on the “hackathon” model, an event format which has proven tremendously successful in the world of software. By emphasizing hands-on work on small projects which can be tackled in a short period of time, we can quickly test assumptions, build teams, and generate momentum for promising ideas in healthcare.

I coach quite a few performance improvement leaders who work in healthcare and I think this effort is a positive development because I don’t think one can achieve breakthrough improvement in healthcare process efficiency and effectiveness without using well-tailored software applications.

In a story in this weekend’s Globe and Mail, writer Les Perreaux described some of the problems healthcare practitioners would like to try to solve through this vehicle:

One surgery resident wants to build a do-it-yourself triage app that would help guide patients to their best health-care options (and, presumably, steer less-serious cases away from crowded emergency rooms.) A research co-ordinator hopes to build a text-message program that could give HIV patients text message reminders to take medication and make appointments.

Trevor Chan, a general practitioner who spends much of his time treating the elderly in Calgary’s Foothills Hospital, will look to create an IT solution that might allow some of those patients to receive care at home instead of in hospital, particularly during the lonely overnight hours. A solution might create efficient home care visits using a combination of health records, GPS and mapping software.

“You see so many instances where people could be at home if they just had a little bit more help, if they felt a little more secure,” Dr. Chan said.

Everyone from the provincial premiers to front-line health-care providers agree information technology could provide huge gains in efficiency and cut down costs. However, bridging the gap between the young upstarts who create smartphone apps and the highly structured, rule-bound world of health care is not easy.

“If you go through government channels, everything is a maze. Nothing moves,” Dr. Chan said. “I think this is a great experiment.”

As he searched for a sponsor for his event, Mr. Chowdhury, 28, hit hurdles with government agencies and health-care companies loath to be associated with the word “hacker.” For them, the word is still associated with nefarious computer renegades stealing bank records or hijacking nuclear missiles.

Finally he found Nightingale, which sells electronic medical records systems and “managed to see past the name and didn’t find the idea too out of the box,” Mr. Chowdhury said.