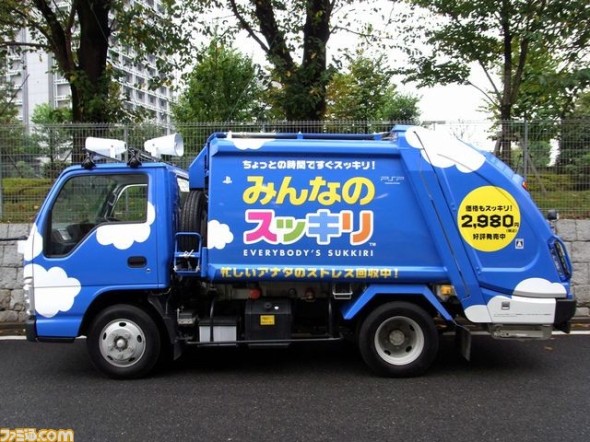 In these languid summer days baseball figures predominantly in the American imagination — hot dogs, double headers, and suds. But if you are going to a baseball game to see action, then think again; as all process professionals know most of what we do is full of filler — non-value-added activities and other things that pad-out almost every human activity. The Wall Street Journal wrote:

In any given year, roughly 70 million people will attend major-league baseball games. A lucky handful will be treated to something unforgettable: a no-hitter, a walk-off grand slam, a player stealing home. Many more fans will see towering home runs, late-inning rallies and diving catches. But there is one thing every single fan who buys a ticket is 100% guaranteed to see: a bunch of grown men standing in a field, doing absolutely nothing.

Baseball is remembered for its moments of action, and it is no secret that such moments are fleeting. But how much actual action takes place in a baseball game? We decided to find out.

By WSJ calculations, a baseball fan will see 17 minutes and 58 seconds of action over the course of a three-hour game. This is roughly the equivalent of a TED Talk, a Broadway intermission or the missing section of the Watergate tapes. A similar WSJ study on NFL games in January 2010 found that the average action time for a football game was 11 minutes. So MLB does pack more punch in a battle of the two biggest stop-and-start sports. By seven minutes.

The WSJ reached this number by taking the stopwatch to three different games and timing everything that happened. We then categorized the parts of the game that could fairly be considered “action” and averaged the results. The almost 18-minute average included balls in play, runner advancement attempts on stolen bases, wild pitches, pitches (balls, strikes, fouls and balls hit into play), trotting batters (on home runs, walks and hit-by-pitches), pickoff throws and even one fake-pickoff throw. This may be generous. If we’d cut the action definition down to just the time when everyone on the field is running around looking for something to do (balls in play and runner advancement attempts), we’d be down to 5:47.

We chose three very different games to get a fair sampling of variation. The first game was as close as we could find to an average game in terms of batters faced and length of game—a 3-2 Twins win over the Tigers on April 3 that clocked in at 3:01 for nine innings. (The average MLB game this season is three hours and three minutes, according to the firm Stats LLC.) Then, for balance, we decided to throw in a slugfest—the Indians 19-6 victory over the Astros from April 20 at 3:45 and a pitchers’ duel, the Nationals 1-0 victory over the Reds on April 26 that lasted 2:08. The sample conveniently included both leagues and six different teams.

So where did all the time go? The missing 160 or so minutes? The answer: Huge chunks of inaction that absolutely dwarf everything else that goes on in the game.

The “time between batters” averaged 33:39. This is knocking the weighted donut off the bat, announcing the batter, the walk-up song, cleaning the cleats, maybe some form of the old Rosanne spitting and crotch-grabbing routine. On TV, replays, players involved in the last play and crowd shots are often shown here. The time between batters concludes when the pitcher begins throwing to the new batter. In the slugfest, the time was almost 47 minutes, because there are a lot of batters in a game with 25 runs.

The “time between innings” averaged 42:41. This is time to watch the scoreboard, watch the silly on-field contest (particularly at minor league parks), visit the refreshment stand or the bathroom, or both. On TV this is simply commercial time.

By far the most time-consuming period of inaction is the “time between pitches.” This took up an average of 1:14:49. That’s not all that far from half the WSJ analysis’s average game time of 2:58. Technically, the time between pitches begins when the pitch to the batter who saw the last pitch concludes—either when the catcher catches the ball or it is fouled off—and ends when the pitcher begins his next pitch. So it includes the unstrapping and re-strapping the batting gloves, sleeve adjusting, helmet adjusting, practice swings, plus the pitcher doing whatever it is he does as well.

Then there are the signs and the stare-down. Finally, motion from the set position begins the pitch. Sometimes the pitcher will walk around or pick up the rosin bag, sometimes more than one sign will be necessary, sometimes the batter calls time and the whole process starts over. There are about 150 pitches in the average MLB game. The clock keeps ticking.

The amount of inertia during a major-league game has been on the rise. This season’s average game time of three hours and three minutes is the longest game duration since Stats LLC started tracking the numbers in 1987, the firm said. In 1987, the average was two hours, 52 minutes. John Thorn, Major League Baseball’s official historian, attributes the trend to hitters’ increased patience at the plate, which leads to their taking and fouling off more pitches. That, in turn, leads to pitchers’ throwing more pitches, hence longer games. The increase also stems from the number of television commercials between half-innings, though there isn’t much that can be done about that, Mr. Thorn said. “The underlying financial support of the game is a key feature of its continuing prosperity,” he said.

Yet keeping each game moving as briskly as possible has been a goal of baseball’s overseers for more than 150 years. In 1858—before called balls and strikes even existed—Section 37 of the sport’s official rules said, “Should a striker stand at the bat without striking at good balls repeatedly pitched to him, for the purpose of delaying the game or of giving advantage to a player, the umpire, after warning him, shall call one strike, and if he persists in such action, two and three strikes.” And since 1901, baseball has mandated that a pitcher must deliver the ball to a batter within 20 seconds after receiving it from the catcher—a rule that umpires have rarely enforced.

Also included in the “down time” were the arguments with the umpires, a highly visible part of any manager’s job. Our games contained two small squabbles—Indians Manager Terry Francona discussed a foul tip (1:05) and Reds Manager Dusty Baker had a mild argument over a successful stolen base attempt by Washington (just 30 seconds).

Some of the most unpredictable moments in the game, in our games at least, were injury “timeouts.” In our three-hour game, Joaquin Benoit had to have his fingernail trimmed by the trainer for 55 seconds. In the slugfest, Drew Stubbs needed a minute and 33 seconds worth of medical attention after fouling a ball off his knee. In the same game, a trainer tended to the home plate umpire’s wrist for 38 seconds after he got hit with a foul ball. Finally, in the pitchers’ duel, Jordan Zimmermann had to have his forearm checked out after getting hit by a batted ball for 1:04. Fortunately for Zimmermann, he was able to complete his best start of the season so far, a one-hitter.

Our three-game averages don’t tell the whole story, of course. Only the slugfest included home runs, which brings down the average home-run trot time. The slugfest produced five home runs which totaled 1:53 in total trotting time for an average of 23 seconds per trot.

The longest pure-action play was a Bryce Harper triple that took 15 seconds. It is no wonder the triple is known as baseball’s most exciting play (15 uninterrupted seconds of nonstop excitement!).

What’s the bottom line? When we compare total action to total down time—even including debatable action such as pitches, trots and pickoff throws—total action time is 17:58. The average game time was 2 hours and 58 seconds, so the action portion of a typical game is 10%. That leaves 90% of the game as down time. Individually, the Twins-Tigers game percentage was 9 minutes of action vs. 91 minutes of inaction; the slugfest game percentage was 11 vs. 89 (spendthrifts dig the long ball) and the pitchers’ duel was 9 vs. 91.

Baseball has always been known as the thinking man’s game and perhaps that is because everyone has so much time to think, particularly in between batters, innings and pitches. As we enter All-Star week next week, plenty of folks still think baseball trumps all other sports, even those in which players are in constant motion. Quality still beats quantity—at least 10% of the time.