Innovation in China and the Lessons for Western Firms 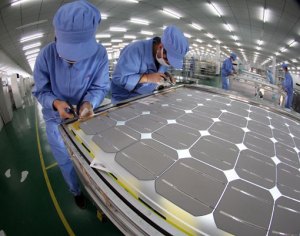 China is quickly evolving from a low-cost manufacturing economy, to one increasingly dependent on innovation and creating higher value-added services and products. A recent article by McKinsey & Company provides some useful insights into how various parts of the Chinese economy are dealing with this strategic issue. But the observations also provide an interesting mirror on how western firms also struggle to innovate and to grow their top-lines.

In the business-to-consumer area, an example of innovation is the Suning Appliance chain, the large Chinese consumer electronics retailer. They have Android-enabled televisions with an integrated Internet-browsing capability and preloaded apps that take users straight to some of the most popular Chinese Web sites and digital movie-streaming services. The picture quality and industrial design are comparable to those of high-end televisions from South Korean competitors.

Another example, according to McKinsey & Company is the online sector, “especially Tencent’s QQ instant-messaging service and the Sina Corporation’s microblog, Weibo. These models, unique to China, are generating revenue and growing in ways that have not been duplicated anywhere in the world. QQ’s low, flat-rate pricing and active marketplace for online games generate tremendous value from hundreds of millions of Chinese users.”

In the business-to-business arena, Chinese firms are becoming much more innovative. According to McKinsey

The Chinese communications equipment industry, for instance, is a peer of developed-world companies in quality. Market acceptance has expanded well beyond the historical presence in emerging markets to include Europe’s most demanding customers, such as France Télécom and Vodafone.

Pharmaceuticals are another area where China has made big strides. In the 1980s and 1990s, the country was a bit player in the discovery of new chemical entities. By the next decade, however, China’s sophistication had grown dramatically. More than 20 chemical compounds discovered and developed in China are currently undergoing clinical trials.

China’s solar- and wind-power industries are also taking center stage. The country will become the world’s largest market for renewable-energy technology, and it already has some of the sector’s biggest companies, providing critical components for the industry globally. Chinese companies not only enjoy scale advantages but also, in the case of solar, use new manufacturing techniques to improve the efficiency of solar panels.

The keys to success for innovators in China, according to McKinsey, are not unique to that country, but do serve as timely reminders of the things firms anywhere need to do very well in order to succeed:

Alibaba’s Web-based trading platform, Taobao, is a great example of a product that emerged from deep insights into how customers were underserved and their inability to connect with suppliers, as well as a sophisticated understanding of the Chinese banking system. This dominant marketplace enables thousands of Chinese manufacturers to find and transact with potential customers directly. What looks like a straightforward eBay-like trading platform actually embeds numerous significant innovations to support these transactions, such as an ability to facilitate electronic fund transfers and to account for idiosyncrasies in the national banking system. Taobao wouldn’t have happened without Alibaba’s deep, analytically driven understanding of customers.

Few Chinese companies have the systematic ability to develop a deep understanding of customers’ problems. Domestic players have traditionally had a manufacturing-led focus on reapplying existing business models to deliver products for fast-growing markets. These “push” models will find it increasingly hard to unlock pockets of profitable growth. Shifting from delivery to creation requires more local research and development, as well as the nurturing of more market-driven organizations that can combine insights into detailed Chinese customer preferences with a clear sense of how the local business environment is evolving. Requirements include both research techniques relevant to China and people with the experience to draw out actionable customer insights.

Many multinationals have these capabilities, but unless they have been operating in China for some years, they may well lack the domestic-market knowledge or relationships needed to apply them effectively. The solution—building a true domestic Chinese presence rather than an outpost—sounds obvious, but it’s difficult to carry out without commitment from the top. Too many companies fail by using “fly over” management. But some multinationals appear to be investing the necessary resources; for example, we recently met (separately) with top executives of two big industrial companies who were being transferred from the West to run global R&D organizations from Shanghai. The idea is to be closer to Chinese customers and the network of institutions and universities from which multinationals source talent.

In other posts, I’ve described my impression of the war for talent in China (China’s War for talent) and this issue is one of the biggest challenges facing both Chinese and multi-national firms in China. McKinsey’s research indicates that

a recent survey by the executive-recruiting firm Heidrick & Struggles found that 77 percent of the senior executives from multinational companies responding say they have difficulty attracting managers in China, while 91 percent regard employee turnover as their top talent challenge.

Retention is more of an issue for multinationals than for domestic companies, but as big foreign players raise their game, so must local ones. Chinese companies, for example, excel at creating a community-like environment to build loyalty to the institution. That helps keep some employees in place when competing offers arise, but it may not always be enough.

Talented Chinese employees increasingly recognize the benefits of being associated with a well-known foreign brand and like the mentorship and training that foreign companies can provide. So multinationals that commit themselves to developing meaningful career paths for Chinese employees should have a chance in the growing fight with their Chinese competitors for R&D talent. Initiatives might include in-house training courses or apprenticeship programs, perhaps with local universities.

Interestingly, developing a risk-taking culture, while a challenge in China, is not an issue isolated to that region. I’ve seen many organizations in Canada, the U.S. and Europe whose employees are fearful of taking risks and what they perceive as “sticking their necks out.” The same companies struggle with top-line growth and wonder why their innovation goals are not met. McKinsey’s perspective is that

Failure is a required element of innovation, but it isn’t the norm in China, where a culture of obedience and adherence to rules prevails in most companies. Breaking or even bending them is not expected and rarely tolerated. To combat these attitudes, companies must find ways to make initiative taking more acceptable and better rewarded.

One approach we found, in a leading solar company, was to transfer risk from individual innovators to teams. Shared accountability and community support made increased risk taking and experimentation safer.

Interestingly, they also observed that many state-owned enterprises had less innovation because of their “hierarchical, benchmark-driven cultures.” I think this something that stifles innovation in “western” firms, specifically the over-use of benchmarks which serves only to perpetuate the status quo rather than a mindset of leap-frogging and searching for unique “white spaces.” After all, working to meet the benchmarks of others is hardly the recipe for innovation.

Similarly, the need to promote collaboration to spur innovation in China is also something with which western firms struggle. If you read this passage from McKinsey’s report, you can easily substitute a Canadian or American firm into the text and see the same pathology at work, especially the focus on manufacturing scale and the walls between the operational and commercial sides of a business:

One area where multinationals currently have an edge is promoting collaboration and the internal collision of ideas, which can yield surprising new insights and business opportunities. In many Chinese companies, traditional organizational and cultural barriers inhibit such exchanges.

Although a lot of these companies have become more professional and adept at delivering products in large volumes, their ability to scale up an organization that can work collaboratively has not kept pace. Their rigorous, linear processes for bringing new products to market ensure rapid commercialization but create too many hand-offs where insights are lost and trade-offs for efficiency are promoted.

One Chinese consumer electronics company has repeatedly tried to improve the way it innovates. Senior management has called for new ideas and sponsored efforts to create new best-in-class processes, while junior engineers have designed high-quality prototypes. Yet the end result continues to be largely undifferentiated, incremental improvements. The biggest reason appears to be a lack of cross-company collaboration and a reliance on processes designed to build and reinforce scale in manufacturing. In effect, the technical and commercial sides of the business don’t cooperate in a way that would allow some potentially winning ideas to reach the market. As Chinese organizations mature, stories like this one may become rarer.