← Go with the Flow: There Will Be Floods
Ga-jit →

The Art and Science of Coffee: Brew Lab Edinburgh

In a previous post we looked at some of the tools of coffee-making (“How to Make the Best* Coffee“). In another post we took a peek into a small coffee shop in Japan Omotesando Koffee.

In this post we look at another example of a scientist-artisan of coffee.

Brew Lab is located in Edinburgh Scotland. It opened in the Fall of 2012 and in the words of one of the founders:

When we first talked about opening a coffee shop 4 years ago, we had no idea what a big deal brewed coffee was going to be. Espresso has been such a huge force in the coffee world for so long. As relative new-comers to the coffee industry, we would hopefully be forgiven for saying that, up until a couple of years ago, if you wanted a black coffee in the UK (aside from a strong, dark, bitter cup of ‘Pike Place Roast’ in a certain North American chain), an Americano was the only way to go.

Things are most definitely changing.

We’ve been open for a month today, and we’re well into our fifth single origin brewed coffee. We started with Has Bean’s incredible Ethiopian Kebel Kercha Sidamo Guji Natural brewed on Clever Dripper, and their well rounded El Salvador Finca La Fany brewed on V60. The Guji is not a cheap coffee. It’s also a bit of a curve-ball of a coffee. For a start, it’s a natural. Natural coffees stand aside from washed coffees in that the cherries are picked, and then left to dry out naturally. This brings out a very distinctive flavour set (sometimes this is described, rather oddly as ‘funk’!). Anyway, the Guji was as Steve from Has Bean describes, a ‘truly amazing’ coffee. The tasting notes for it are blueberry muffin, effervescent, zingy and sweet. It is really not your average coffee and because of that, we thought it was the perfect coffee to open with. We wanted something that was going to be bowl people over, and it truly did. The feedback from customers who tried it was better than we could have ever expected. One Yelp review from Jenny Lovatt sums it up perfectly:
‘what just happened to my mouth? To my tastebuds?…I could smell sweetness and chocolate and fruit. It was dark red, without milk. And then how it tasted. Oh, how it tasted. I can’t even begin to describe the taste, so I won’t. But let’s just say this was coffee like no other I’ve ever tasted.’ 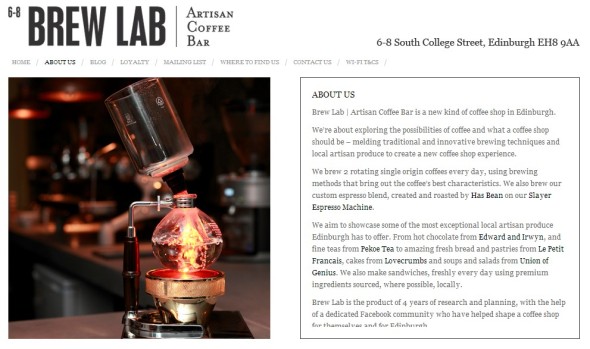 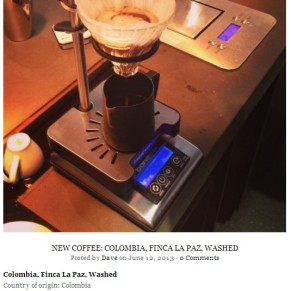